Africa is ready to vaccinate but vaccines unavailable, says WHO

World's rich countries blamed for an unjust distribution of vaccines. 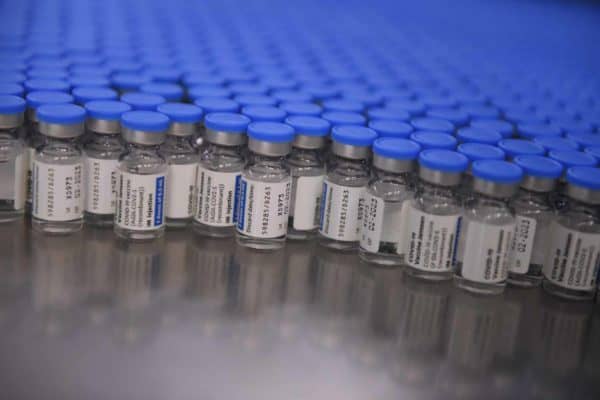 Aspen CEO Stephen Saad says everyone should get vaccinated to slow the spread of Covid-19. Picture: Gallo Images

Many African countries have prepared well to roll out vaccines, but the vaccines have not arrived, that is an assertion by the World Health organisation director-general Tedros Adhanom Ghebreyesus.

Ghebreyesus was addressing a media briefing on Friday about the global pandemic of Covid-19.

He lambastsed global power countries of an unjust distribution of vaccines.

“All regions are at risk, but none more so than Africa,” said Ghebreyesus.

“Less than 2% of all doses administered globally have been in Africa. Just 1.5% of the continent’s population are fully vaccinated.”

“On current trends, nearly 70% of African countries will not reach the 10% vaccination target by the end of September.”

Ghebreyesus has since warned that the world was at a brink of a catastrophic moral failure.

“The price of this failure will be paid with lives and livelihoods in the world’s poorest countries.”

“Every government rightly wants to do everything it can to protect its people. But there is now a real risk that the poorest & most vulnerable will be trampled in the stampede for vaccines,“ explained Ghebreyesus.

He said the the WHO’s goal remains to support every country to vaccinate at least 10% of its population by the end of September, and at least 40% by the end of this year, as well as 70% by the middle of next year.

“We are a long way off achieving those targets,” said.

“There is just no need for a country which perhaps has about 40 million people, to go and acquire 120 million doses of vaccine or even 160 million and yet the world needs access to those vaccines,” said Ramaphosa.

He said there was a huge concern about countries that were “nationalising” vaccines.

Ramaphosa said these countries were doing this in exclusion of other countries in the world that needed vaccines the most.