'More than ever, vaccines are needed in developing countries to decrease transmission'. 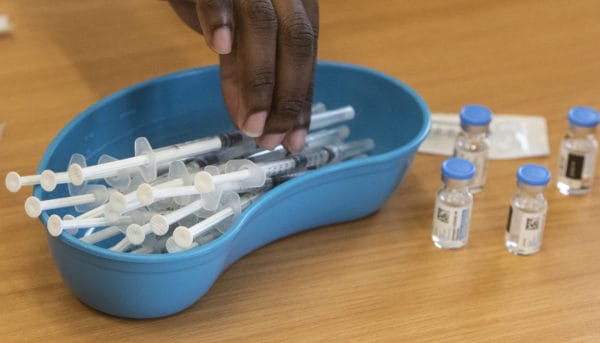 The new C.1.2 variant has now been detected in eight of the nine provinces in South Africa, and is close to the evolutionary development of the Lambda variant.

Vaccines ‘needed more than ever’

Professor Tulio de Oliveira on Monday shared results pertaining to the new variant, “not to cause panic but to let science inform the response”.

The variant is now detected in eight of the nine provinces.

“More than ever, vaccines are needed in developing countries to decrease transmission and avoid viral evolution”, Professor de Oliveira added.

Data from SA, C.1.2 persisting at low prevalence (2-3%) and detected in 8/9 provinces. Results shared, objective not to cause panic but to let science inform the response. More than ever vaccines are needed in developing countries to decrease transmission & avoid viral evolution. https://t.co/poFuabcovw pic.twitter.com/pCDC39ItE4— Tulio de Oliveira (@Tuliodna) August 30, 2021

In addition, the National Institute for Communicable Diseases (NICD) on Monday said vaccination remains critical. While C.1.2 is a low minority variant, vaccines are effective against it.

The NICD said because the new variant shares mutations with the Beta and Delta variants, researchers have a better understanding from earlier studies of what to expect.

Vaccination would help slow the transmission of the new variant, which coupled with non-pharmaceutical interventions, would prevent the spread of all Covid-19 variants.

“We suspect that it might be able to partially evade the immune response, but despite this, that vaccines will still offer high levels of protection against hospitalisation and death”.

While the NICD cannot say if the C.1.2 variant is “more or less sensitive”, experiments are ongoing. However, despite the emergence, “all vaccines maintain efficacy” against severe illness and death.