The latest stats indicate the lowest Covid-19 daily cases since the third wave, with Ramaphosa addressing the nation on Sunday. 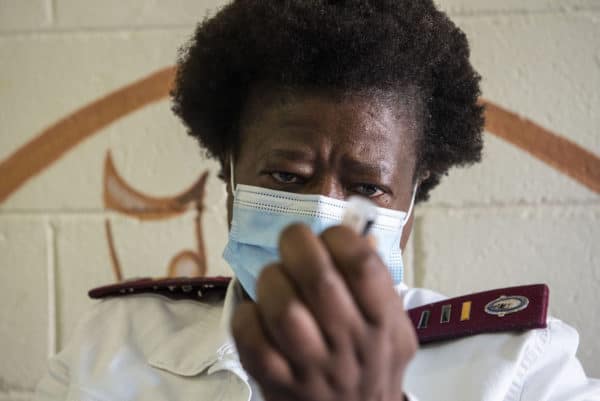 South Africa has recorded a total of 2.667 296 positive cases of Covid-19 as of Sunday, with 3,961 new cases identified since the last report, the National Institute for Communicable Diseases (NICD) has announced.

This increase, according to the institute, represents an 11.0% positivity rate.

17. 073 236 million tests have been conducted in both the public and private sectors.

There has been an increase of 92 hospital admissions in the past 24 hours.

Ramaphosa to address the nation at 8pm:

The Presidency confirmed late Sunday afternoon that President Cyril Ramaphosa will address the nation today 12 September, to share developments in the country’s response to the Covid-19 pandemic.

Ramaphosa’s address has been scheduled for 8pm on Sunday. This follows after the National Coronavirus Command Council (NCCC), the President’s Coordinating Council and Cabinet met last week to discuss and review the current adjusted level 3 restrictions.

South Africa has seen a decrease in both new cases and fatalities, with figures now around 5,000 daily new cases. Health Minister Dr Joe Phaahla did confirm last week that Gauteng and Limpopo were official out of the third wave.

Ramaphosa is expected to ease restrictions and place the country in level 2 due to the decrease in Covid-19 cases.

The reported possible changes include possible adjusting the curfew to 11pm to 4am, level 2, and increasing the number of people at indoor gatherings from 50 to 100 and 250 for outdoor gatherings.