The Hola Bon Renaissance Foundation says forcing citizens to get the Covid-19 vaccine is tantamount to 'democide'. 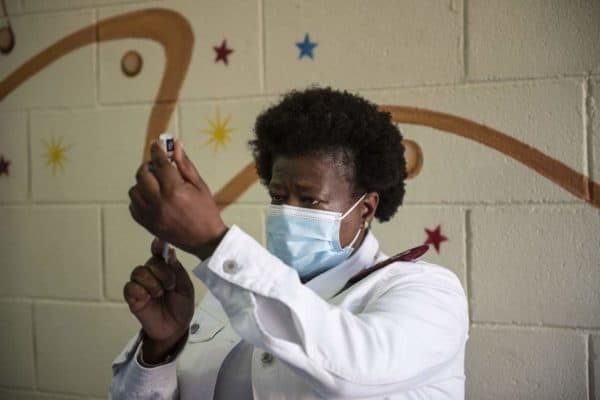 According to HBR chairperson Bontshitswe Mothopeng, the campaign wants to prevent Covid-19 vaccinations from being forcefully implemented or from becoming mandatory.

HBR said in a statement that freedom of choice, guaranteed by the Constitution, is a basic right not being adhered to should Covid vaccines become mandatory.

The reason for this, HBR explained, was because the vaccination was “still on trial”, and “it cannot be mandatory for any human being to be part of any medical [experiment]”.

ALSO READ: No one will be forced to vaccinate, assures Ramaphosa

Mothopeng went so far as to say that the state, and anyone “forcing” people to be vaccinated, is “committing democide”.

Democide is defined as the killing of a civilian population as a result of government policy, including by direct action, indifference and neglect.

HBR has officially launched a USSD number which can be dialled by anyone living in South Africa should they be forced to vaccinate.

Mandatory jabs on the rise

More and more businesses and organisations are moving towards mandatory vaccines for workers.

Health Minister Dr Joe Phaahla and President Cyril Ramaphosa have, however, repeatedly assured citizens that mandatory jabs on a national level won’t be implemented yet.

Some institutions are already in the process of instilling mandatory vaccinations, include Discovery and the University of the Witwatersrand.

Wits’ decision has come under fire from its student representative council (SRC), with spokesperson Nhlonipho Nxumalo saying staff and students who do not have the money to pay for weekly Covid-19 tests, should they opt not to be vaccinated, will have to do so out of their own pockets.

“Students and staff members who do not have the capital to pay these weekly tests will miss activities they must perform or have to undergo the vaccination against their will,” Nxumalo said.