The latest developments in the coronavirus crisis

The novel coronavirus has killed at least 4,870,405 people since the outbreak emerged in China in December 2019, according to a tally from official sources compiled by AFP at 1000 GMT on Thursday. 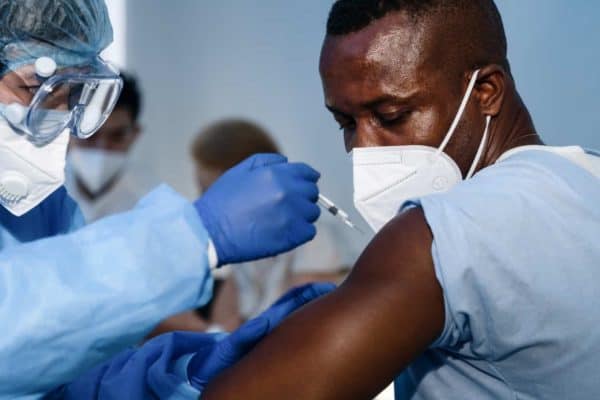 Russia’s daily death toll continues to spiral towards 1,000 a day, with a new record of 986 deaths, bringing the country’s total fatalities to 220,315 — the highest toll in Europe.

The World Health Organization unveils a new team of 26 scientists it wants to revive the stalled probe into Covid-19’s origins as well as investigate new pathogens and preventing future pandemics.

People who received the Johnson & Johnson vaccine may greatly benefit from a booster dose of Pfizer or Moderna, preliminary results of a US study shows.

India’s main religious festival season, which includes the Hindu feasts of Durga Puja, Dussehra and Diwali, is back in full swing barely six months after a devastating virus surge in the country killed tens of thousands of people.

Bali reopens to international flights from China, Japan and France as the pandemic-struck Indonesian holiday island takes a step toward welcoming back tourists. But vaccinated travellers must quarantine in a hotel for five days.

The tiny Pacific nation of Palau is now one of the world’s most vaccinated places with more than 99 percent of the eligible population fully jabbed.

The men’s and women’s Australian Open golf tournaments have both been cancelled because of the pandemic after being already pushed back to late January or February.

The Philippines is reopening cinemas and gyms in the capital Manila after a sharp fall in infections and increased vaccinations.

The novel coronavirus has killed at least 4,870,405 people since the outbreak emerged in China in December 2019, according to a tally from official sources compiled by AFP at 1000 GMT on Thursday.

The countries with the most new deaths were US with 3,108 new deaths, followed by Russia with 986 and Mexico with 420.