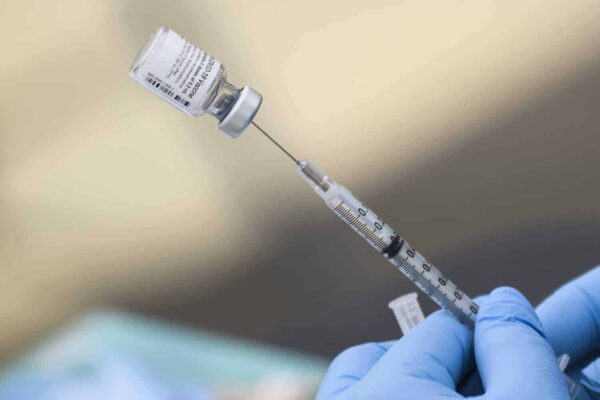 The Department of Health says the €454.4 million (about R7.6 billion) loan South Africa secured from the World Bank will go a long way in protecting the lives and livelihoods of citizens against the Covid-19 pandemic.

The World Bank and National Treasury this week announced the approval of the loan to finance the country’s Covid-19 vaccination programme retroactively, but the loan has been met with criticism from some opposition parties and unions.

The health department on Thursday said although a huge portion of the loan would be used to pay for vaccines, mostly procured by government between December 2020 and June 2021, the additional financial resources would also give the government flexibility to pay for other priority Covid-19 response activities.

“The Department of Health welcomes the government’s continued efforts to prioritise the health system including the country’s response to the Covid-19 pandemic.

“As we know that the country and global community are not out of the woods yet, this injection of additional financial resources secured from the World Bank will go a long way in protecting the lives and the live hoods (sic) of our people against this life-threatening health challenge,” the spokesperson for the department, Foster Mohale, said in a statement.

Mohale added that the loan – which is part of South Africa’s Covid Emergency Response Project – would establish an enabling environment for other donors, multilateral development banks, and United Nations agencies to further support vaccination efforts in the country.

Youth urged to get jabbed

The health department urged young people this Youth Month to get vaccinated against Covid-19 as vaccines remained the most effective weapon against the virus.

“We also like to urge our people, especially the youths to vaccinate in numbers and also get booster doses to enhance their level of immunity against the current and future variants of concern as the country is getting closer to achieving population immunity.

“As the country commemorates the youth day to pay tribute to the lives and sacrifices of the 1976 generation to recognise the role they played in the liberation struggle of South Africa from the chains of the apartheid regime, we urge young people to emulate them by actively participating in the struggle for a long and healthy life for all South Africans.”

The Democratic Alliance (DA) said the loan from the World Bank would result in government draining the fiscus of R1 trillion over the next three years in interest repayments on debt.

DA MP Dion George said they would ask Finance Minister Enoch Godongwana what the terms are of the repayment of the debt and would also table a private members bill to ensure fiscal responsibility.

“The ANC government’s loan from the World Bank is another clear indication that South Africa has run out of money and is digging hardworking taxpayers into a deeper and deeper debt trap that crowds out more and more service delivery to the most vulnerable members of our society,” George said in a statement.

“The recent statement announcing the new loan did not specify how much interest will the loan be charged on, for the public to independently assess whether the interest is fair or not.

“This is a dereliction of duty since a typical World Bank loan not only has a higher interest rate than local loans because of the anticipated decline in the currency – e.g. from R15.3 to R16.2 in recent days – which means repayment occurs at a much higher effective rate. In addition, the bank typically imposes neoliberal conditionality.”

NOW READ: Calls for transparency as SA gets R65 billion injection from IMF