South African ministers have hailed a new agreement that will now allow the production of Covid-19 vaccines in developing countries. 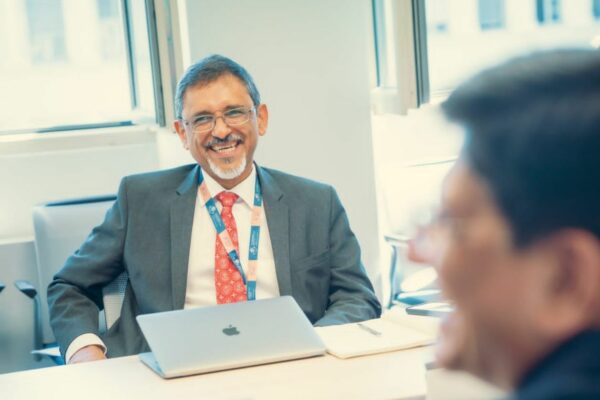 Over a year after South Africa and India originally proposed the waiver of provisions of the Trade-related Intellectual Property Rights (TRIPS) treaty in October 2020, the World Trade Organisation (WTO) on Friday granted developing countries the right to produce Covid-19 vaccines.

This means that developing countries can now produce their own vaccines without permission from the patent holders.

After making their initial proposal, South Africa and India built a coalition of support from more than 100 countries and a number of organisations.

Among them were organised labour and business representatives at Nedlac who met virtually with the SA government during the 12th WTO Ministerial Conference and pledged their full support to the efforts by South Africa to secure an agreement.

Intellectual property rights are governed by a treaty managed by the WTO, known as the Trade-related Intellectual Property Rights treaty (TRIPS) and a WTO Ministerial Conference agreement recently identified waivers and flexibilities to the rights of intellectual property (IP) holders which then led to the latest developments.

“Following months of stalemate, engagements between South Africa and India with the European Union (EU) and the United States (USA) in recent months led to text-based negotiations in the WTO that provided further momentum to the waiver request and resulted in the adoption of the TRIPS Waiver decision,” explained the Department of Trade, Industry and Competition (DTIC) in a statement welcoming the agreement.

Developing country manufacturers are now allowed to export vaccines produced under the terms of the waiver to other developing countries, without the restrictions that apply under the current TRIPS agreement.

In addition, it permits the use of certain information available in regulatory dossiers to fast-track generic manufacturing.

“The scope of the agreement covers vaccines and requires countries to take a decision on its extension to cover therapeutics and diagnostics used in the fight against Covid-19, within a six-month period,” explained the DTIC.

Speaking during a media briefing on Saturday to welcome the development, the South African government – represented by ​​South African Ministers Ebrahim Patel and Thoko Didiza – explained that the agreement allows governments to authorise local manufacturers to produce vaccines or their ingredients, substances or elements and use processes which are covered by patents, without the permission of the patent holders during the pandemic.

“We welcome the agreement as a solid and helpful basis to strengthen our joint efforts to develop a strong African vaccine manufacturing capacity. To scale up the production on the continent, further partnerships will be needed including access to know-how and technologies. The unanimous support for the waiver agreement by all WTO countries should lay the basis for such partnerships and give countries greater flexibilities,” said the DTIC.

Didiza and Patel also called this “a step forward in government’s efforts to stimulate African industrialisation” and said it has the “potential to unlock production beyond fill and finish”.

“The waiver is one element of a wider set of actions to build both innovation and production capability in South Africa and elsewhere on the continent. South Africa has four vaccine initiatives underway. Our focus now is to ensure we address demand by persuading global procurers for vaccines to source from African producers.

“This waiver and the other commitments secured at the WTO is also about pandemic preparedness, to enable developing countries to have the legal tools in place to address variants to Covid-19 in future and indeed, to prepare for future pandemics,” said Patel.

Other organisations that welcomed the agreement were local vaccine manufacturers Biovac, Afrigen and Aspen PharmaCare, as well as the country’s largest trade union federation, Cosatu.

“The WTO has reached a significant milestone by waiving intellectual property rights applicable in the manufacturing of vaccines. South Africa’s leading role in this breakthrough agreement is applauded. This will unlock manufacturing capacity on the continent,” said Professor Petro Terblanche, MD of Afrigen, the local company which designed and developed the first South  African mRNA vaccine currently being tested today.

“It achieves a balance between providing access to Covid vaccines in developing countries within a framework that still rewards much-needed innovation by the original patent holders,” added Dr Nicolaou.