Scientists freely acknowledge they don't know everything about how global warming affects hurricanes like the one pummelling southeast Texas.

But what they do know is enough to keep them up at night.

The amplifying impact of sea level rise, warming oceans, and hotter air — all incontrovertible consequences of climate change — is basic physics, they say.

Likewise accelerated shifts in intensity, such as the sudden strengthening that turned Harvey from a Category 2 to a Category 4 hurricane — on a scale of 5 — just as it made landfall Friday.

What’s missing is a detailed track record of hurricanes past, the kind of decades-long log of measurements that climate scientists need to discern the fingerprint of human influence.

Starting in the 1970s, satellite data allowed for a better tally, but even that wasn’t enough.

“It is awfully difficult to see climate change in historical data so far because hurricanes are fairly rare,” Kerry Emmanuel, a professor of atmospheric science at MIT in Boston, told AFP.

Experts, in other words, do not disagree on the potential of manmade global warming to magnify the destructive power of the tropical storms known variously around the world as cyclones, hurricanes and typhoons.

Rather, they are confounded — for now — by a lack of information.

“Just because the data don’t allow for unambiguous detection yet, doesn’t mean that the changes haven’t been occurring,” noted James Kossin, a scientist at the US National Oceanic and Atmospheric Administration’s Center for Weather and Climate in Madison, Wisconsin.

Kossin figured out that cyclones have drifted poleward in their respective hemispheres over the last three decades, a finding hailed by other hurricane gurus as the most unambiguous evidence so far that global warming has already had a direct impact.

When it comes to cyclones and climate change, there are many points of near “universal agreement,” said Emanuel.

One is the consequence of rising seas. 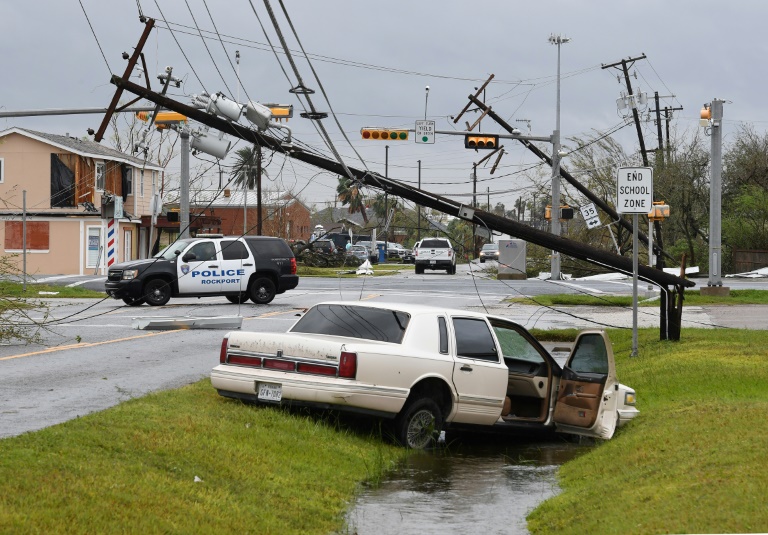 Scientists fear that as the effects of climate change become ever more apparent, storms will rapidly gain strength just before hitting land, with ever more devastating consequences

“The most lethal aspect of hurricanes — wherever they occur in the world — is storm surge,” he said in an interview.

“It is physically the same phenomenon as a tsunami, except that it is excited by wind rather than a sea floor shaken by an earthquake.”

If Hurricane Sandy — which caused $50 billion in damage — had happened a century earlier, it probably would not have flooded lower Manhattan because sea level was about 30 centimetres (a foot) lower, he pointed out.

Global warming is likely to add roughly a metre (three feet) to the global watermark by century’s end, according to recently revised estimates.

“The surge from these storms will be more devastating — higher and more penetrating,” said James Elsner, an atmospheric scientists and hurricane expert at Florida State University.

A second point of consensus is that hurricanes will hold more water, raising the threat of lethal and destructive flooding.

“We calculate that one degree Celsius (1.8 degrees Fahrenheit) of warming translates into a seven percent increase in humidity in the atmosphere,” said French scientist Valerie Masson-Delmotte, co-chair of the UN’s Intergovernmental Panel on Climate Change (IPCC).

The US National Hurricane Center predicts that Harvey could dump more than 40 inches (100 centimetres) by the time skies clear. 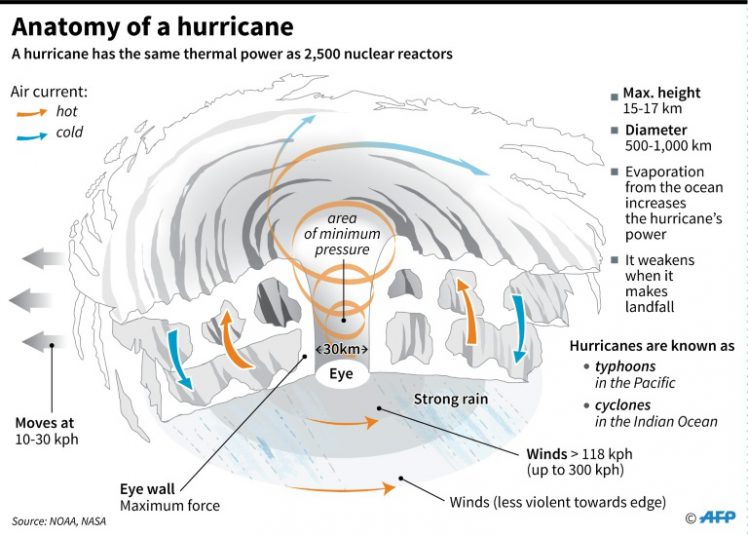 “The irony is that hurricanes are known for wind, yet wind is third on the list of lethal aspects,” after storm surges and flooding caused by rain.

Earlier this year, Emanuel published a study pointing to yet another worrying climate “signal” emerging from the noise of raw data.

Scientists have made great progress in anticipating the path a storm will follow, extending their predictive powers from a day or two to about a week.

At the same time they have made scant headway in forecasting hurricane strength.

“The thing that keeps forecasters up at night is the prospect that a storm will rapidly gain strength just before it hits land,” Emanuel said, citing Harvey as an example.

In 2015, Hurricane Patricia in the Pacific Ocean intensified more rapidly — “It just went ‘Boom!'” — than any storm on record.

A finding oft cited as evidence that the jury is still out on whether climate change will boost cyclones is that scientists don’t know if there will be more or fewer such storms in the future.

But even if there are fewer, which seems likely, that misses the point, the experts interviewed agreed.

Since 1971, tropical cyclones have claimed about 470,000 lives and caused some $700 billion in damages globally, according to the Centre for Research on the Epidemiology of Disasters. 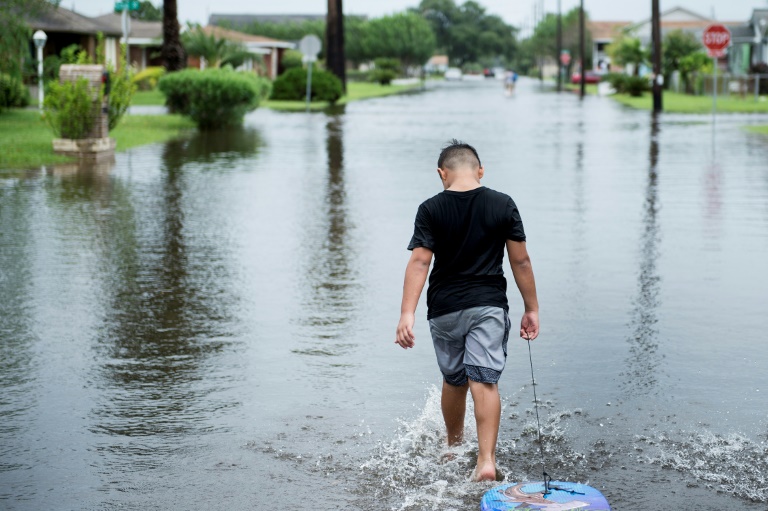 Hurricane Harvey is the most powerful storm to hit the US mainland in more than a decade, destroying homes, severing power supplies and forcing tens of thousands of residents to flee

But most of that death and destruction is attributable to a relative handful of storms. Just three, for example, have caused well over half of all storm-related deaths in the US since 1900.

So even if the number of mostly smaller storms diminishes, that’s not what counts.

“The idea of ‘fewer but stronger’ seems to be the fingerprint of climate change on tropical cyclones,” Elsner concluded.

Iran: Nuclear deal 'within reach' if West shows goodwill, ball in US court
4 hours ago
4 hours ago

Iran: Nuclear deal 'within reach' if West shows goodwill, ball in US court
4 hours ago
4 hours ago