Cuba plane crash: What we know

This is what we know about the Boeing passenger plane crash that happened in Cuba on Friday, as the aircraft was taking off from Havana to a city on the east of the island nation: Emergency and rescue personnel work at the site after a Cubana de Aviacion aircraft crashed after taking off from Havana's Jose Marti airport . AFP/STR

This is what we know about the Boeing passenger plane crash that happened in Cuba on Friday, as the aircraft was taking off from Havana to a city on the east of the island nation:

– Among the 110 people killed were 99 Cubans, the six-person Mexican crew and five foreign passengers — an Argentine couple, a Mexican woman and two people from Western Sahara, according to Cuba’s Transport Minister Adel Yzquierdo. There were five children among the dead.

– Three Cuban women survived the crash and are hospitalized in critical condition, according to state media. A medical source told AFP that each of them has undergone at least eight operations.

– The aircraft was a Boeing 737-200 leased to Cuba’s state airline Cubana de Aviacion by Mexican company Global Air, also known as Aerolineas Damojh. It was a “wet lease,” meaning Global Air supplied the plane, its crew of two pilots, three flight attendants and a maintenance technician, as well as the insurance.

– Built in 1979, according to the Mexican government, the plane last passed inspection in November 2017.

– The accident happened at 12:08pm (1608 GMT). The plane crashed in a potato field close to Havana’s airport. Witnesses and airport officials told AFP that the aircraft, which had been headed toward the eastern Cuban city of Holguin 670 kilometers (420 miles) away, plunged as it was making its first turn after take-off.

– Almost of what remained of the plane was a mangled carcass of burned metal, according to an AFP journalist at the crash site. It came down just 200 meters (yards) from houses between the Boyeros and Santiago de Las Vegas districts south of Havana.

– National mourning in Cuba was being observed Saturday and Sunday.

– After the accident, Cuban President Miguel Diaz-Canel — who only took power last month — ordered an investigation be started. Mexican civil aviation authorities sent a team of experts to help Cuban officials, and Boeing said it had a technical team on standby to assist too if needed. 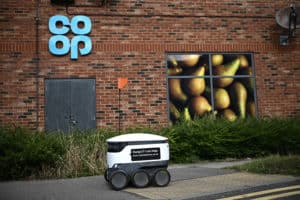 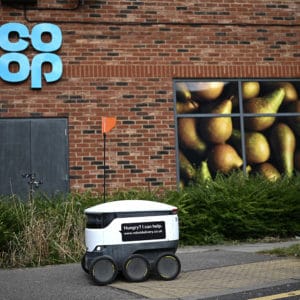 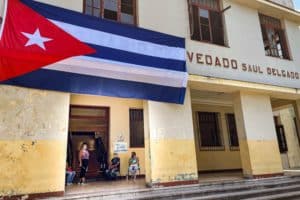 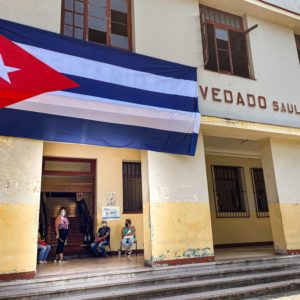