The names and faces of some of the NZ terror victims

49 people died in the attack, many of them children, and all of them someone's loved one. The New Zealand mosque attack has claimed at least 49 lives, but while many know the name and nationality of the gunman very few could claim to know the names of those 49 people who lost their lives. Amidst the chaos outside the Al Noor Mosque parents are grieving as well-wishers flood to the scene with floral tributes, and to add their names to the list of donors who have thus far raised NZ$3.5-million (R35-million) for the victims of the terrorist attack.

Those who died were fathers, sons, and grandparents. Some were new immigrants to New Zealand and others had grandparents who were born there.  Here are just some of the people who lost their lives:

At just three years old Mucad is one of the youngest to get swept up in the tragedy at the mosque. While there is no certainty just yet what has happened Mucad’s brother Abdi Ibrahim, has said no-one had seen him since the shooting. He was at the Al Noor mosque with his family.

Abdi was able to get out of the mosque while their father pretended he was dead.

“We’re most likely thinking he’s one of the people who has died at the mosque … at this stage, everyone’s saying he’s dead,” Abdi was quoted as saying. 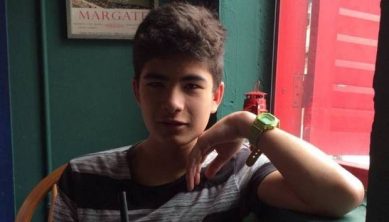 Through gut-wrenching tears Sayyad Milne’s father, John has spoken of his “brave little soldier”, a student at Cashmere High School in Year 10, who is one of those confirmed dead at the mosque he attended with his mother and friends every Friday.

At just 14 years old Sayyad is one of the youngest people to be killed in the attack.

“I remember him as my baby who I nearly lost when he was born. Such a struggle he’s had throughout all his life. he’s been unfairly treated but he’s risen above that and hes very brave. A brave little soldier. It’s so hard… to see him just gunned down by someone who didn’t care about anyone or anything,” John Milne said.

He said he was told Sayyad was lying on the floor in the mosque, bleeding from the lower parts of his body. 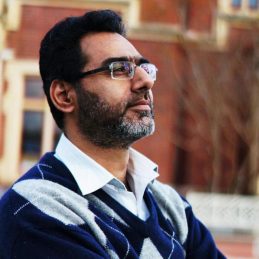 Naeem Rashid died a hero as he tried to wrestle the gun away from the attacker to protect his fellow mosque-goers. Originally from Abbottabad, in Pakistan, where he worked with a private bank he had only recently moved to Christchurch to work as a teacher. He was rushed to hospital following the attack, but died late on Friday night, never discovering that his 21-year-old son Talha had also died. 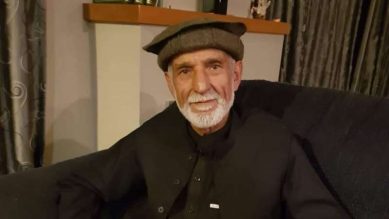 Omar Nabi his son told reporters he ran the Afghan Association in New Zealand and had helped refugees start their new lives in New Zealand.