Clean-up crews will 'continue working intensely over the following days' to ensure school can open on the 20th. People make a snowman at the Sabatini gardens outside the Royal Palace in Madrid on January 8, 2021 as a snowfall comes down. - Heavy snow was falling due to Filomena storm in Madrid and across parts of Spain today which could cover up to half of the country, causing a big drop in temperatures. (Photo by GABRIEL BOUYS / AFP)

Madrid’s regional government on Friday postponed the opening of schools until January 20 because many roads remained blocked a week after Spain’s worst snowstorm in decades.

The region’s 2,557 schools had been set to reopen on Monday but access to over half of them, or 57.6 percent, remains difficult because of the snow and ice, the regional government said in a statement.

Clean-up crews will “continue working intensely over the following days” to ensure school can open on the 20th, it added.

Storm Filomena dumped 50 centimetres (20 inches) of snow on Madrid between last Friday and Saturday, leaving the city and large swathes of the country impassible.

The storm had been blamed for five deaths. It was followed by several days of plunging temperatures, which hardened mounds of snow and slush.

While main arteries have been cleared, hundreds of side streets remained caked in snow and ice which has disrupted post delivery and rubbish collection, with huge piles of refuse piled up around overflowing bins across Madrid.

Only about 25 percent of all roads have been cleared, according to Madrid city hall which estimates the storm caused at least 1.4 billion euros ($1.7 billion) in damage.

Madrid mayor Jose Luis Martinez-Almeida said the storm dumped more than 1.2 million kilos of snow on the city, enough to file a line of trucks stretching from Madrid to Brussels.

He has called on the central government to declare the area a disaster zone, a move that would trigger emergency aid and other measures.

But the central government wants to wait for a final evaluation of the damage before it decides whether to declare Madrid a disaster area, Transport Minister Jose Luis Abalos told reporters.

Rape culture in SA schools: Where it comes from and how to change it
2 weeks ago
2 weeks ago 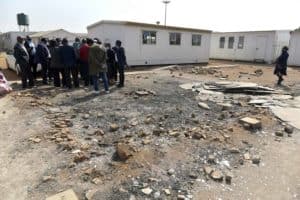 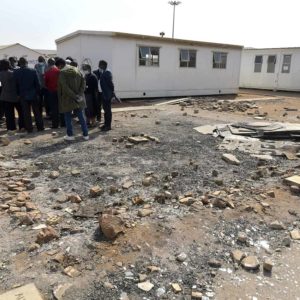 Rape culture in SA schools: Where it comes from and how to change it
2 weeks ago
2 weeks ago