The city of Zhangjiajie has become 'the new ground zero for China's epidemic spread'. 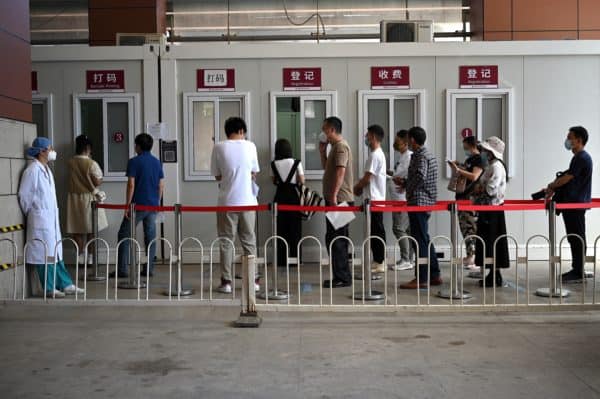 People queue to test for the Covid-19 coronavirus at a voluntary nucleic acid test clinic at Chaoyang hospital in Beijing on 2 August 2021, amid the country's most widespread coronavirus outbreak in months. Photo: AFP/Noel Celis

Authorities in Wuhan, China on Tuesday said they would test its entire population for Covid-19 after the central Chinese city where the coronavirus emerged reported its first local infections in more than a year.

The city of 11 million is “swiftly launching comprehensive nucleic acid testing of all residents”, senior Wuhan official Li Tao said at a press conference Tuesday, a day after seven cases were found.

In the past week, 300 new Delta cases have been reported across 15 provinces, while the cases in 12 provinces have been traced back to an outbreak which began in Nanjing, in China’s eastern Jiangsu province.

The rapid spread of the Delta variant has been attributed to the domestic tourism season.

As reported by Global Times on Monday, a surge in Covid-19 infections driven by the Delta variant has spread to more locations. The country’s top respiratory diseases specialist, Zhong Nanshan, has expressed grave concern.

Following this, the Chinese government imposed new restrictions and is testing millions. Authorities claim that 1.6 billion Covid-19 vaccine doses have been administered to date.

“As per the National Department of Health, a further 246 Covid-19 related deaths have been reported, bringing total fatalities to 72437 to date,” the institute reported.

Meanwhile, the Gauteng provincial government has welcomed the way the public continues to respond to the call to get the Covid-19 jab as the province expands access to vaccination sites.