SA ‘not in a position to accommodate’ Afghanistan refugees, says Dirco

Dirco says South Africa has received a request to accommodate the refugees in the country until they reach their final destinations. 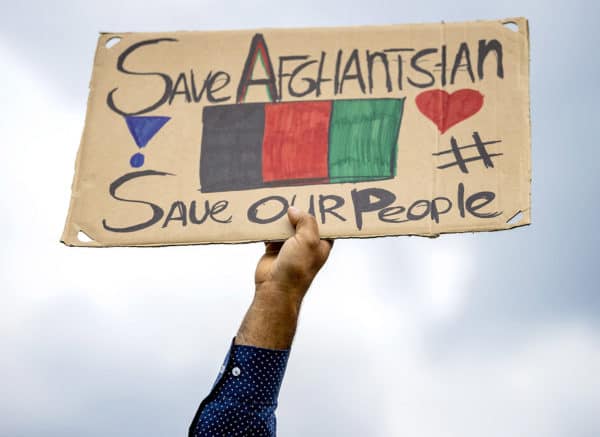 A protestor hold up a placard during a rally in support for Afghanistan following the take over of the country by the Taliban, in Rotterdam on August 21, 2021. The rally is to protest the takeover of Afghanistan by the Taliban and show solidarity with Afghans opposed to the new regime in Kabul. Picture: Remko de Waal/ANP/AFP

The Department of International Relations and Cooperation (Dirco) says South Africa is unable to receive Afghan refugees who had have fled the Taliban.

Dirco spokesperson Clayson Monyela on Wednesday said the South African government noted the overtures made to the country to consider receiving a number of Afghanistan refugees who have sought refuge in Pakistan.

ALSO READ: US exit will stop IS attacks in Afghanistan, Taliban says

He said the request was for the government to accommodate the refugees in South Africa until they reach their final destinations.

“The South African government is unfortunately not in a position to accommodate such a request.

“South Africa is already home to a substantial number of refugees and is seized with addressing their needs. Most of them already benefit from the social assistance and free medical health programmes offered by our country,” Monyela said in a statement.

Dirco said in terms of international law, the wellbeing of the refugees is best served by remaining in the first country arrival, Pakistan, pending their final destinations.

Taliban show off US plunder

The Taliban on Wednesday paraded some of the military hardware they captured during their takeover of Afghanistan, as a team from Qatar landed at the trashed airport in the capital Kabul – a first step towards getting the facility back up and running as a lifeline for aid.

The Qatar Airways flight, the first to land in Kabul since the US withdrew from Afghanistan Monday, brought a team of technical experts to work on the airport, a source close to the matter told AFP.

The goal was to resume flights for aid, after the United Nations warned of a looming “humanitarian catastrophe” in war-ravaged Afghanistan, and to provide a way out for those wanting to flee the new regime.

Talks are ongoing on who will now run the airport, just one of the many daunting challenges facing the Taliban as they transition from insurgent group to governing power.

The Islamist hardliners – who have not yet announced their new government – are celebrating the US withdrawal as a historic victory after taking control of Afghanistan a fortnight ago.

Their arrival in Kabul capped an astonishing two-week offensive across the country, ending their 20-year insurgency.

READ NEXT: Pentagon says US military has left Afghanistan 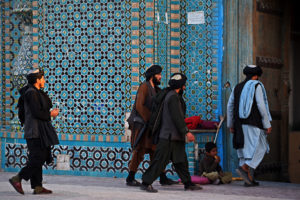 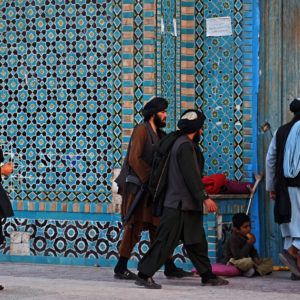