If a president dies, there has to be a national vote for a new president within 90 days. Presidents are elected to five-year terms, meaning the next election is not scheduled until 2023. 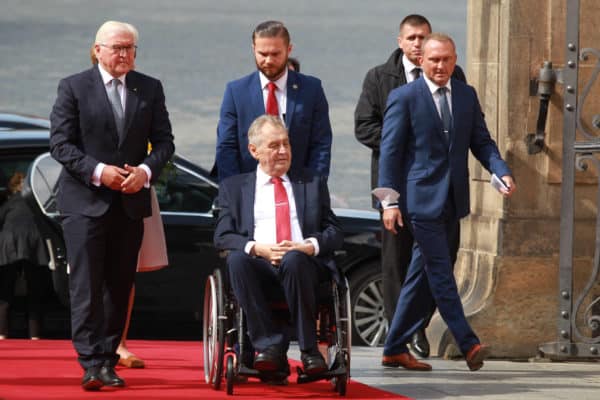 With Czech President Milos Zeman in hospital after a weekend general election, Czechs are asking how a government can be formed if he is out of action.

Under the Czech constitution, it would fall upon the president to nominate someone to form a government based on the result of the election.

But what happens if a president is no longer able to perform his duties because of poor health?

First of all, the newly-elected parliament would have to convene. This has to happen within 30 days of the election — so by November 9 at the latest.

It would normally be up to the president to decide a date, but parliament can convene itself within the 30-day deadline if the president is unable to do so.

Under article 66 of the constitution, the lower and upper houses of parliament would then have to adopt a resolution by a simple majority stating that the president “is unable to execute his official duties for serious reasons”.

Senate speaker Milos Vystrcil, who is from the Civic Democrat party that was part of the winning alliance, has said it is too early to think about invoking article 66.

But he has called on the president’s office to “pass on all the information that the public, or at least senior constitutional officials, should know” about Zeman’s condition.

Once the resolution has been adopted, the speaker of the newly-elected lower house of parliament would have the power to appoint a prime minister.

It is highly likely that in such a scenario, Petr Fiala, the leader of the winning centre-right Together alliance which won the election, would be nominated to become prime minister.

If Zeman is able to exercise his powers, however, the signs are that he would give Prime Minister Andrej Babis the first chance to find a majority to form the next government.

Ultimately, experts say that only the Together alliance combinated with another opposition grouping would be able to secure a majority and Babis would have to leave.

The parliament speaker would also accept the resignation of the Babis government and empower it to continue until the new government is named.

Other presidential duties, such as being commander in chief of the armed forces and representing the state in various ways, would fall on the outgoing prime minister.

Presidents can step down by submitting their resignation to the Senate speaker.

If a president dies, there has to be a national vote for a new president within 90 days. Presidents are elected to five-year terms, meaning the next election is not scheduled until 2023.

If no candidate wins a majority in the first round, a second round has to be held 14 days later.