US judge holds Trump in contempt over civil fraud probe

James' probe is one of several legal battles in which the former president is embroiled. 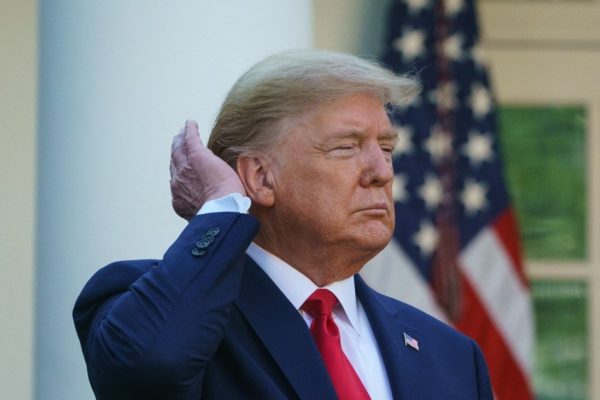 A US judge held former president Donald Trump in contempt of court Monday for failing to turn over documents related to an investigation of possible fraud in the Trump family’s business dealings.

The judge, Arthur Engoron, ruled in favor of New York state attorney general Letitia James who is pursuing a civil probe into the ex-president and the Trump Organization.

James successfully argued that the former president was in violation of a court order to produce the accounting and tax documents to her investigators by March 31.

“In a major victory, a court has ruled in our favor to hold Donald Trump in contempt of court,” she wrote on Twitter.

“Donald Trump must pay $10,000 per day for every day that he continues to defy the court’s order to turn over documents to my office,” James added.

In January, James said her investigation had uncovered evidence suggesting the fraudulent valuing of multiple assets and misrepresentation of those values for economic benefit.

Among the assets listed was the former president’s penthouse in Manhattan’s Trump Tower, which was claimed to be three times bigger in size than it actually was, overestimating its value by $200 million.

James can sue the Trump Organization for damages over any alleged financial misconduct but cannot file criminal charges.

The Trumps have claimed that James, who was elected to her position and is a member of the Democratic Party, is running a politically motivated probe.

In February, Trump and his children Don Jr and Ivanka were ordered by a judge to submit to questioning under oath. That order is under appeal.

James’s probe is one of several legal battles in which the former president is embroiled.

The Trump Organization is also under investigation by the Manhattan District Attorney for possible financial crimes and insurance fraud.

His trial is due to begin in the middle of this year.