The Amisom troops in the camp had since been reinforced and were currently undertaking a clearing and stabilisation operation. Amisom troops had repulsed the attack by Al Shabaab terrorists who tried to storm the camp using vehicle-borne improvised explosive devices (VBIED), the AUC said in a statement.

“While reaffirming the African Union’s commitment to fighting terrorism in all its forms the chairperson assures of the union’s strong commitment to a stable and peaceful Somalia.”

Dlamini-Zuma again expressed the solidarity of the AU with Amisom troop contributing countries for their relentless efforts in fighting and defeating the terrorist group and contributing to building peace and stability in Somalia and the region.

Kenya’s Daily Nation reported on Friday that suspected Al-Shabaab militants had attacked a Kenyan Defence Force (KDF) military camp in Kulbiyow, Lower Jubba, Somalia, about 18km from the Kenyan border. The KDF base was attacked at 5am on Friday and the number of casualties remained unconfirmed, it reported. 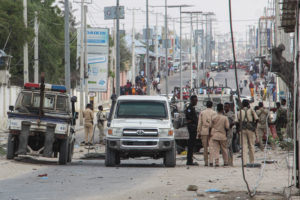 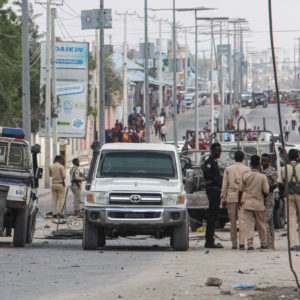