Hopes are running high in Sudan that US President Donald Trump will decide this week to lift Washington's sanctions on Khartoum, despite rights groups calling for the decades-old embargo to be maintained.

“The time is right for permanently lifting the sanctions on Sudan,” senior Sudanese foreign ministry official Abdelghani Elnaim told AFP ahead of the end of a review period on Wednesday.

“We are counting on President Trump to take this courageous decision that will make not just the people of Sudan, but all of Africa, happy.”

Washington imposed a complex set of economic sanctions on Sudan in 1997 for its alleged backing of Islamist militant groups. Al-Qaeda leader Osama bin Laden, who was killed in a US commando raid in Pakistan in 2011, was based in Khartoum from 1992 to 1996.

Washington also justified the embargo with accusations of scorched-earth tactics by Khartoum against ethnic minority rebels in war-torn Darfur.

Barack Obama eased the sanctions before leaving office in an attempt to improve ties with Sudan whose leader President Omar al-Bashir is accused of genocide charges related to the conflict in Darfur.

However, he made the permanent lifting of sanctions dependent on Khartoum’s progress in five areas of concern during the six-month review period.

The concerns — known as “five tracks” — include improved access for aid groups in conflict areas, an end to support for rebels in neighbouring South Sudan, an end to hostilities in the conflict zones of Darfur, Blue Nile and South Kordofan, and counter-terrorism cooperation with US intelligence agencies.

Trump can lift the sanctions permanently, extend the review period or fully re-impose the embargo.

“The two countries have worked together on this five-track plan. I can say that our relations have reached a new era,” said Elnaim.

“It is now only logical that the sanctions are lifted as we have made great progress on the five tracks.”

Sudanese officials have regularly highlighted how Khartoum has supported US intelligence agencies in fighting extremism in the region, and also how it is aiding hundreds of thousands of South Sudanese refugees who have arrived fleeing a brutal civil war in their country.

Washington’s envoy to Khartoum, Steven Koutsis, told AFP in June that in recent months Khartoum had even shown “extreme restraint” when fighting rebels in Darfur, Blue Nile and South Kordofan. 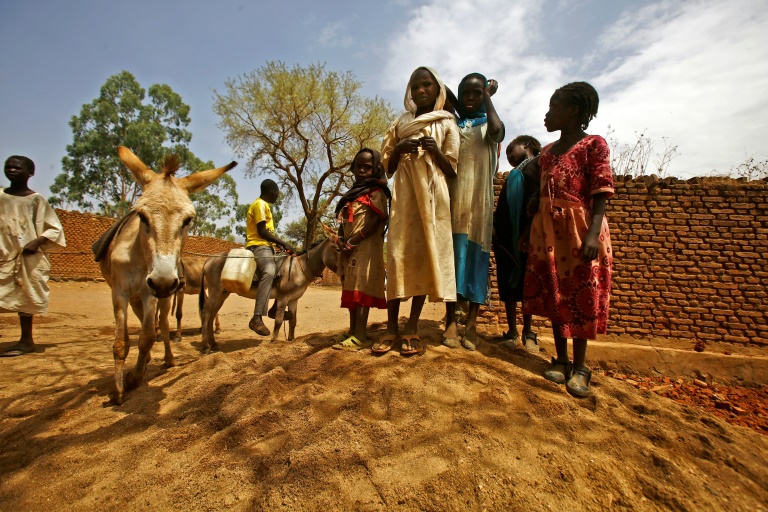 Lifting the embargo will allow all previously prohibited trade between the United States and Sudan, in turn helping the Sudanese economy integrate with the global economy, officials said.

“It will open new opportunities for us that never existed for 20 years, like accessing easy loans or technical expertise,” Finance Minister Mohamed Al-Rikabi said in an interview to a local newspaper.

The Trump administration has given little indication of how it will proceed and a European diplomat said that there was a good possibility that sanctions would not be lifted.

“It sounds irrational that on one hand Washington bans Sudanese citizens from entering the United States and on the other lifts the sanctions,” the diplomat said, speaking on condition of anonymity.

The Trump administration has included Sudanese in a travel ban that restricts citizens from six predominantly Muslim countries from entering the United States. The US Supreme Court allowed the ban to be partially implemented and it took effect in late June.

Some global rights groups and think-tanks have urged Washington to maintain the sanctions, citing Khartoum’s record of human rights violations.

Khartoum continues to repress independent voices and has failed to rein in “war crimes and crimes against humanity in Darfur and other conflict zones,” Human Rights Watch said after Obama eased the embargo.

At least 300,000 people have been killed and 2.5 million displaced since a brutal conflict erupted in Darfur in 2003, the United Nations says.

The conflict broke out when ethnic African rebels took up arms against Khartoum’s Arab-dominated government, accusing it of marginalising Darfur.

“Given what appears to be inconclusive evidence concerning multiple tracks, the Trump administration should defer the decision to lift comprehensive sanctions on Sudan,” the Washington-based Enough Project campaign group said in a recent report.