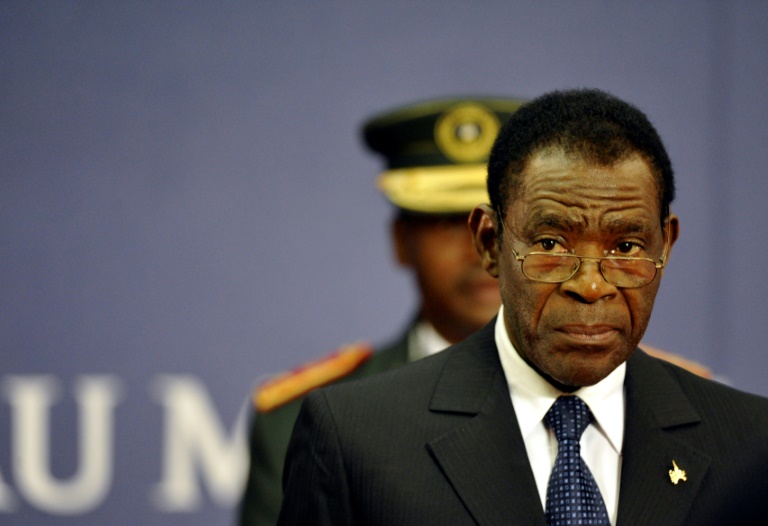 Teodoro Obiang Nguema has ruled oil-rich but impoverished Equatorial Guinea with an iron fist since 1979, making him the world's longest-serving president

“I will propose the creation of human rights institutions in each African country”, longtime President Teodoro Obiang Nguema said at the start of a summit in the capital Malabo.

Such institutions already exist in most African nations, along with the Tanzania-based African Court on Human and Peoples’ Rights.

However, Obiang wants them to completely take over from international groups, which he says are aimed at “destroying African states like Equatorial Guinea”.

The 75-year-old has ruled the tiny West African country — awash with oil but mired in poverty and a reputation for corruption — with an iron fist since 1979, making him the world’s longest-serving president.

Last month, activists denounced the government for carrying out a wave of arrests and deadly torture of opposition members in response to the attempted government overthrow on December 24, 2017.

Human Rights Watch, which recently issued a damning report of the rights situation in Equatorial Guinea, has called for an investigation into the claims.

Amnesty International noted an increase in the number of reports of violence.

But the authorities’ “unwillingness to collaborate makes it difficult for international organisations to verify human rights violations in the country,” the organisation said in March.

Dismissing all allegations, Obiang called the Malabo summit to “thwart the falsely constructed media representation on the human rights situation and freedom of expression in Equatorial Guinea”, his government said in a statement seen by AFP.

Obiang seized power by ousting his own uncle, first post-independence president Francisco Macias Nguema, who was shot by firing squad.

He has since seen off at least half a dozen assassination or coup attempts. He won a fifth seven-year term in 2016 with nearly 94 percent of votes.

The European Union in February expressed concern over the “strong deterioration of the human rights situation” in Equatorial Guinea, particularly since the latest ballot.