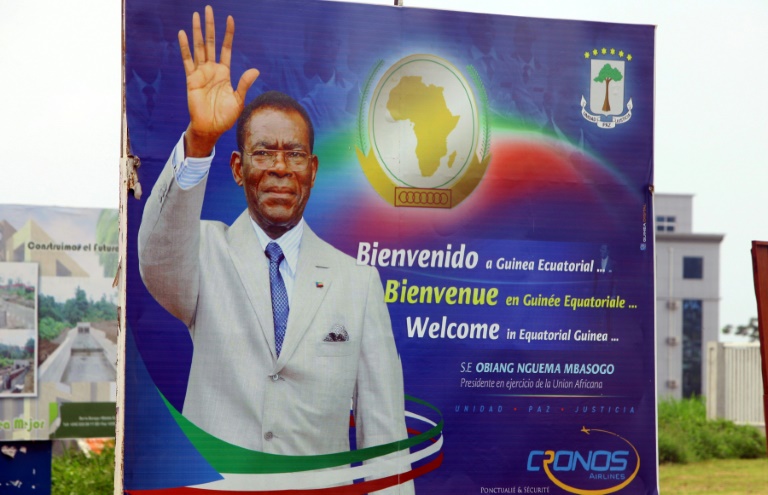 Critics accuse Obiang, who has ruled since 1979, of brutally cracking down on opponents

A small state of 1.2 million people, awash with oil but mired in poverty and a reputation for corruption, Equatorial Guinea has been ruled with an iron fist by Teodoro Obiang Nguema since 1979.

“Human rights violations are common currency and used by those who wield power in Equatorial Guinea,” said the main opposition Citizens for Innovation (CI) party.

It said the April 18-21 conference aimed at “dispelling falsehoods about Equatorial Guinea” was an attempt to whitewash its record.

“There are political prisoners in the country,” it said. “Our members have been tortured in police stations, some have had their arms and legs broken and others have been shot.”

However, the country’s third deputy prime minister Alfonso Nsue Mokuy, who is in charge of human rights, told AFP: “We have nothing to hide.”

The European Union in February said it saw a “sharp decline” in human rights, recalling that an opposition figure died in custody and over 130 people detained since elections last year.

“The restrictions on freedom and arrests, particularly those of political opponents … since the elections in November 2017 arouse grave concern,” said Catherine Ray, EU spokeswoman for foreign affairs and security policy, in a statement.

“The death in custody of Mr Ebee Ela, a member of the opposition party Ciudadanos por la Innovacion (CI), confirms the sharp decline in the human rights situation,” Ray had said.