This year, more than 600 people were reportedly killed, and because government has no capacity, manpower, skills or equipment to deal with the problem, the insurgency is moving more inland. 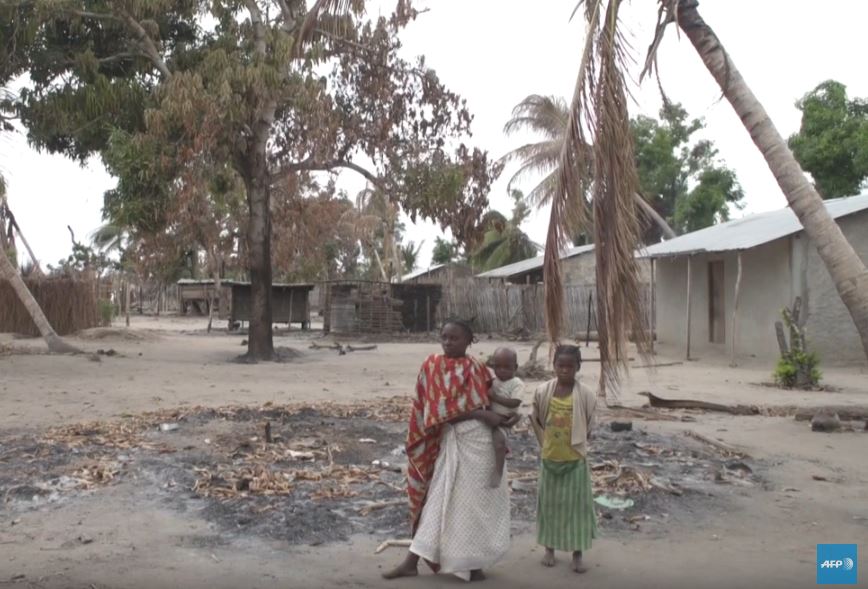 Ongoing attacks by a terrorist organisation with possible links to ISIS in Cabo Delgado, the northernmost province of Mozambique, has left behind a trail of destruction with no end in sight, which could have an impact on South Africa if left unchecked.

Cabo Delgado is made up of mostly sleepy, small villages populated by subsistence farmers who also fish its coastline.

Now, however, those villages are mostly deserted.

This year, more than 600 people were reportedly killed, while this month has seen 17 attacks from the unknown terrorist group, the most recent occurring on Tuesday.

While not much is known about the group, the attacks have been happening for the past two years.

It is alleged the Islamic State (ISIS) group has claimed responsibility for 26 attacks.

It has left behind a trail of mutilated bodies – beheaded, disfigured and dismembered – of men, women and children, as well as burned and deserted villages.

The group’s funding, its origins, mandate and even its name are unknown.

Jasmine Opperman, the Africa associate of Islamic theology on counterterrorism, said there were between seven and 10 cells operating in Cabo Delgado, but “no evidence at this point in time of an overarching ideology or an overarching leadership”.

“There are indicators of Islamic extremism involved in some of these cell structures,” Opperman added.

But a media clampdown by the Mozambican government – which appears to be out of its depth in dealing with the problem – made it impossible to gain information, she said.

“We are sitting with a serious, serious problem,” Opperman said, adding Islamic extremists, and specifically the Islamic State Central African Province, “has taken note of the opportunity”.

“The Islamic State does not need a well-run organisation [operation]. They need a proxy and some of these cells are the ideal proxy.”

Johann Smith, an independent political and security risk analyst who has no doubt that ISIS is present in the area, said the Wagner troops had been ill-prepared for the conditions in Mozambique upon their arrival.

It was not only the scorching temperatures, but the hi-tech equipment they brought with have proven to be ineffective.

Wagner has since withdrawn to Nacala to re-plan, retrain and collect information where they seemingly remain.

Smith added that since the Russians’ arrival “ISIS immediately reinforced the insurgents in Mozambique. The presence of Wagner created an exponential increase in incidents, it was as if someone had kicked the hornet’s nest”.

Unsurprisingly, Opperman said, “the sophistication and the brazenness of the attacks are evolving”.

“The brutality against the civilians is an answer I am still looking for… I am not sure what their motive behind that is … it is gruesome,” she added.

Wagner’s arrival only intensified their presence – as a Russian entity, they were also an enemy of the Islamic State, Opperman said.

As the government has no capacity, manpower, skills or equipment to deal with the problem, the insurgency is moving more inland.

Despite this, the Southern African Development Community (SADC) has been silent.

“This is not a Mozambican problem, it’s a regional one. After the first attack, the SADC Security Organ should have met to decide how they were going to deal with the problem. Up to now, the issue has not featured on the agenda during subsequent meetings,” Smith said.

Opperman said while the situation was not a direct threat to South Africa yet, weak borders posed a problem.

“We must keep a sober mind. Cabo Delgado – its dynamics, its historical context, what is present in that area – we don’t find similar situations in SA.”

She added, however, “border control between SA and Mozambique is virtually non-existent because of corruption and the ease of moving between borders means you have foreign elements that can move in and out as they wish.

“SA cannot say ‘this is a Mozambican problem, we are distancing ourselves’, we are simply too close,” Opperman said.

She added: “As the insurgency evolves, as the Islamist indicators increase, SA’s vulnerability to exposure to Islamist extremism must not be underestimated.”

News24 attempted to contact SADC, the defence department, as well as FADM, but they did not reply by the time of publication. This story will be updated once they provide comment.

Banyana raring to go against Mozambique
4 days ago
4 days ago
PREMIUM!

Banyana raring to go against Mozambique
4 days ago
4 days ago
PREMIUM!