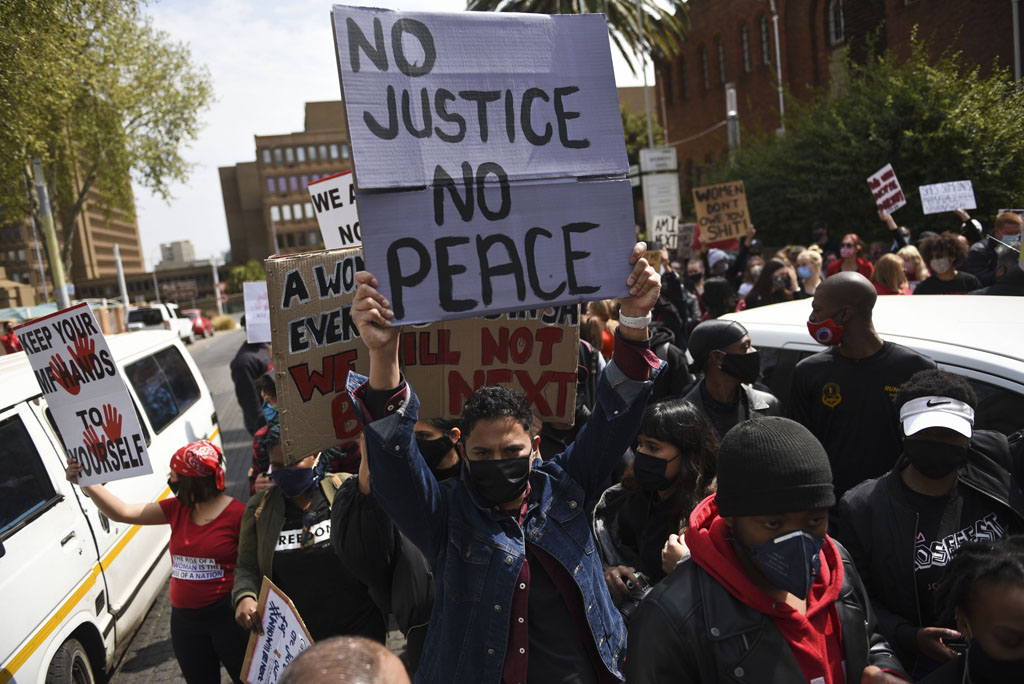 Namibian police on Saturday fired teargas, rubber bullets and arrested dozens of protesters in the capital, Windhoek, during the third day of nationwide demonstrations against gender based violence.

The nearly 400 protesters, predominantly Namibian young women, were marching to one of the main shopping centres in the capital city to shut it down, in order to send a message that corporate Namibia also has a duty in the fight against GBV.

The unprecedented youth-led protest that began on social media, was quickly dispersed by police and the Special Reserve Force using teargas, rubber bullets and batons.

“This is a protest against violence against women and here we have women being beaten as they are being arrested,” protester Maria Amupolo told AFP holding a banner that read “We are tired” in Afrikaans.

“I saw it with my own two eyes, they hit that one girl and slapped her as they threw her into the van.”

The mineral-rich southern African country, plagued by high unemployment and poverty, has been grappling with the scourge of violence against women for years.

Windhoek receives more than 200 cases reported under the Domestic Violence Act on a monthly basis.

Fewer cases per month were recorded during the Covid-19 lockdown with 175 reported monthly, according to the Namibian police.

Over the three-days since the countrywide demonstrations erupted in the coastal town of Swakopmund and in Otjiwarongo, north of Windhoek, protesters have chanted slogans such as “no justice, no peace”.

They are calling on President Hage Geingob to declare a state of emergency over violence against women and femicide.

Self-employed IT technician Paul Joseph, 28, said women were raped and murdered every day so “we should actually be demonstrating every day.”

The group on Friday had marched to government offices, demanding the resignation of the minister of Gender Equality and Child Welfare, Doreen Sioka, over her religious stance when handling GBV matters.