Clooney's husband, the Hollywood actor George Clooney, is a longtime campaigner for human rights in the Darfur region. 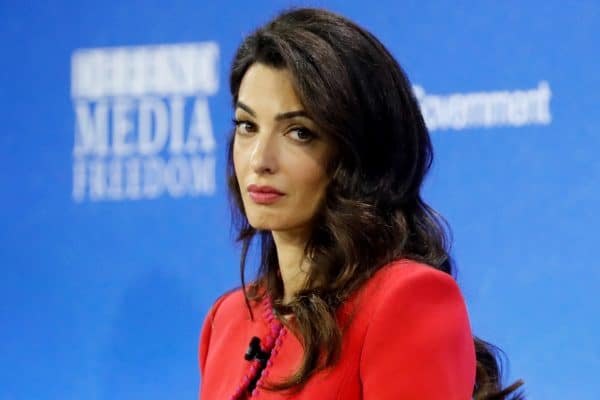 Clooney has previously been involved in a number of cases at the Hague-based ICC, the world’s only permanent war crimes tribunal.

Her post focusing on Darfur is one of several new special portfolios created by ICC prosecutor Karim Khan, a Briton who took office in July.

“I am delighted to welcome such an outstanding group of experts and I am grateful for their willingness to serve as my special advisers,” Khan said in a statement.

Clooney’s husband, the Hollywood actor George Clooney, is a longtime campaigner for human rights in the Darfur region.

The United Nations says 300,000 people were killed and 2.5 million people were displaced in the 2003-4 Darfur conflict.

London-based Amal Clooney represented Darfur victims in a case at the ICC against Ali Kushayb, a leader of the Janjaweed militia — a notorious armed group created by the government.

She has also been involved in a string of human rights cases involving countries including Iraq, Myanmar and the Philippines, and criminal cases covering Lebanon and the former Yugoslavia.

Last year she garnered headlines after resigning her post as a British envoy for media freedom, in protest at the government’s “lamentable” decision to breach its EU divorce treaty.

ICC prosecutor Khan said the 17-member team of special advisers was “drawn from different regions of the world with cultural, linguistic and gender diversity”.