The Southern African Development Community's military mission in Mozambique was due to expire in October. 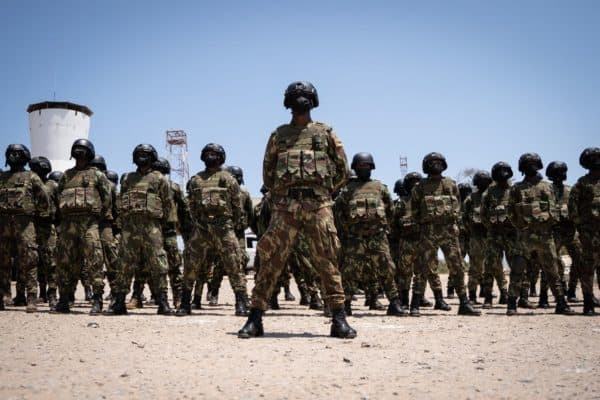 This was announced by President Cyril Ramaphosa at the Extraordinary Summit of the Organ Troika, involving heads of state and government, on Wednesday.

The SADC’s military mission was due to expire in October.

Participants agreed to continue the SADC’s military mission to curb insurgency and violence in Mozambique, which has faced instability since 2017.

However, tensions reached boiling point in March after an alleged Islamist extremist militant group raided the oil-rich town of Palma.

An undisclosed number of people were killed, among them 112 who were brutally beheaded. Thousands of residents were forced to flee.

According to the United Nations Refugee Agency, nearly 70,000 people are in need of support after being displaced. Since last year, almost 800,000 people have been displaced due to conflict in the area.

In light of this, the SADC said in addition to its commitment to continuing military support, it would also provide humanitarian support.

“We say that Mozambique will never walk alone. We will always be there to walk with Mozambique and indeed SADC as a family is determined to walk with any of its member countries whenever the need arises,” Ramaphosa said in his closing address to the summit.

He added that although some gains were made in the military mission, more needed to be done to help Mozambique secure Cabo Delgado.

“Whilst progress has been registered in the operation of the SADC mission…more ground will still need to be covered.

“The coming few months are therefore going to be critical in shaping the future trajectory of the SADC intervention in the districts of Cabo Delgado.”

“[The] summit approved the extension of the [mission] to continue with offensive operations against terrorists and violent extremists to consolidate stability of security and create a conducive environment for resettlement of the population and facilitate humanitarian assistance operations and sustainable development,” the summit’s communique read.