Timeline: Sudan since the fall of Bashir

Here is a recap of events in Sudan since autocratic president Omar al-Bashir was toppled more than two years ago. 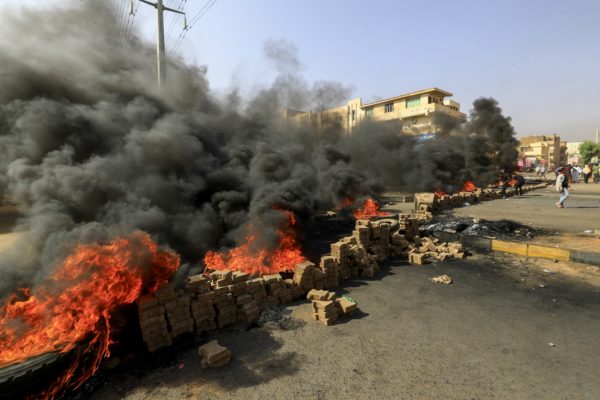 Sudanese protesters use bricks and burning tyres to block 60th Street in the capital Khartoum, to denounce overnight detentions by the army of members of Sudan's government, on October 25, 2021. - Armed forces detained Sudan's Prime Minister over his refusal to support their "coup", the information ministry said, after weeks of tensions between military and civilian figures who shared power since the ouster of autocrat Omar al-Bashir. (Photo by AFP)

On April 11, 2019, four months after mass protests sparked by a hike in bread prices spiral into demands for wholesale reform, Sudan’s army removes Bashir from power.

He is replaced by a transitional military government.

Talks between the generals and protest leaders break down.

Armed men move in on the protest camp on June 3 and dozens are killed in a days-long crackdown.

A feared paramilitary group that sprang from the notorious Janjaweed militia, accused of war crimes in the 2003 Darfur conflict, is blamed for the violence, but rejects allegations it was involved.

After the African Union intervenes, civilian and military factions agree to share power in a three-year transition to full civilian rule.

On August 17, a “constitutional declaration” is signed and a sovereign council comprised of leading military and civilian figures is formed three days later.

In October, the government and rebel groups who had fought Bashir’s iron-fisted rule for decades agree to a “permanent ceasefire” in the country’s three war zones.

On December 14, Bashir is convicted of corruption and sentenced to two years in a correctional centre.

The toppled autocrat has long been wanted by the International Criminal Court in The Hague over charges of genocide, war crimes and crimes against humanity in the 2003 Darfur conflict in which 300,000 people were killed.

A Khartoum prosecutor rejects extradition as not “necessary”.

Prime Minister Abdalla Hamdok survives an assassination attempt on March 9, 2020, which many see as a bid to derail the transition.

Inflation skyrockets in April, with food prices soaring after borders are closed to tackle the coronavirus pandemic.

On June 30, street demonstrations reiterate demands for justice for people killed under Bashir and during the protests of recent years.

Bashir goes on trial in Khartoum on July 21 over the 1989 coup that brought him to power.

The government announces it will devalue the currency in a bid to curb black market activity as it struggles with an “economic emergency”.

In October, Sudan signs a landmark peace deal with an alliance of rebel groups.

Two key groups refuse to sign and tribes in Sudan’s east also oppose the accord, saying it overlooks them.

Also in October, Sudan agrees to normalise ties with Israel, in what is seen as a quid pro quo for the US to remove the country from its State Sponsors of Terrorism list in December. 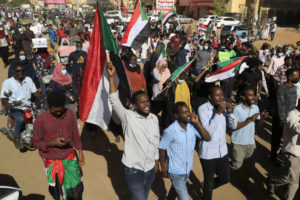 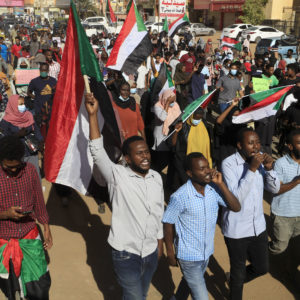 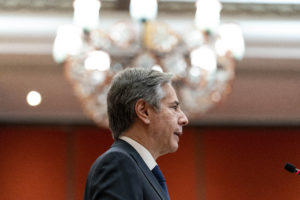 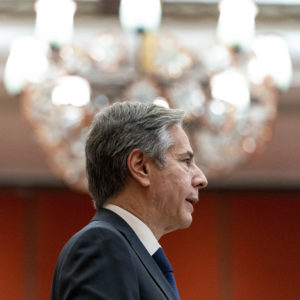 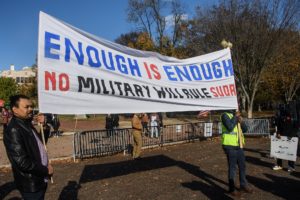 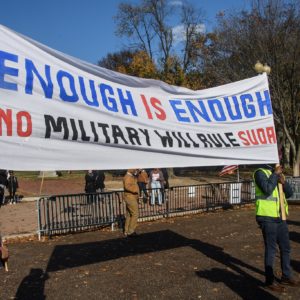