Someone must pay for the silent death of 94 psych patients

The panel found that many of patients' deaths followed upon prolonged starvation, malnutrition and dehydration. The allusion is undoubtedly intentional. Professor Malegapuru Makgoba is conjuring with a collective South African nightmare, triggered by many guns.

On a single day in August 2014, at a place called Marikana, near Rustenburg, police shot dead 34 striking miners in a single incident. We imagined that we at that moment had hit our post-1994 nadir. But we were wrong.

Marikana pales before the death of 94 mentally ill patients following the removal of 1 900 of them who had been in the care of Life Esidimeni, a private healthcare provider, and their ill-fated distribution among 27 dysfunctional, unlicensed community health NGOs. It’s not just a matter of numbers.

What makes the Life Esidimeni incident a new nadir is the callousness, the cruelty, the astonishing indifference of the Gauteng MEC for health and her executives to the misery of the indigent people to whom they owed a legally mandated duty of care.

The minions of national police commissioner Riah Phiyega wrought their carnage in minutes, while in fear for their own lives. The minions of health MEC Qedani Mahlangu operated from air-conditioned offices, arrogantly deaf to the warnings of medical professionals of likely disastrous consequences.

Under what terrible circumstances these poor souls died. The panel found that many of deaths followed upon prolonged starvation, malnutrition and dehydration.

The direct cause was often untreated critical medical conditions, including pneumonia, infections and epilepsy.

The lack of compassion is mindboggling. The report says “some NGOs rocked up in open bakkies to fetch [patients] while others chose [patients] as at an auction cattle market”.

So much for the much-trumpeted Batho Pele (People First) principles that are supposed to underpin government service. So much for ubuntu, the ancient African humanist credo that a person is a person through other people.

There is one welcome difference between Marikana and the Life Esidimeni debacle. The national police  commissioner is still contesting her dismissal, while Gauteng’s health MEC had the grace – an attribute rare in the administration of President Jacob Zuma – to resign.

That cannot be allowed to be the end of it. Makgoba is unambiguous that the 94 – and still counting – that perished “died under unlawful circumstances”.

There must be criminal prosecutions of the triumvirate identified as the key culprits: Mahlangu as MEC; Dr Tiego Selebano, the head of the department; and Dr Makgabo Manamela, the director. The latter two should also be struck from the medical role, for they have betrayed their profession.

Marikana was a tragedy, an event sparked by an explosive mixture of poor leadership, poor police training, and reckless politicking.

The Life Esidimeni deaths were a preventable calamity that is still playing out after almost a year. The health ombudsman’s report describes the passing of the 94 as “silent deaths”.

We cannot not let that be. Through us they will shriek for justice. 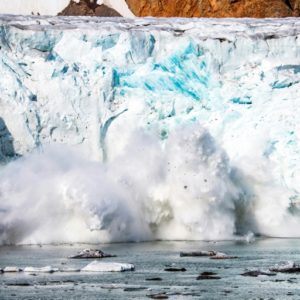