SA needs moral leaders, not those in pursuit of selfish gain

SA has seen a great deal of progress in many spheres of life since non-racial democracy in 1994, yet many of its people are still waiting for their hard-won freedom to pay dividends. Economic freedom still eludes them. 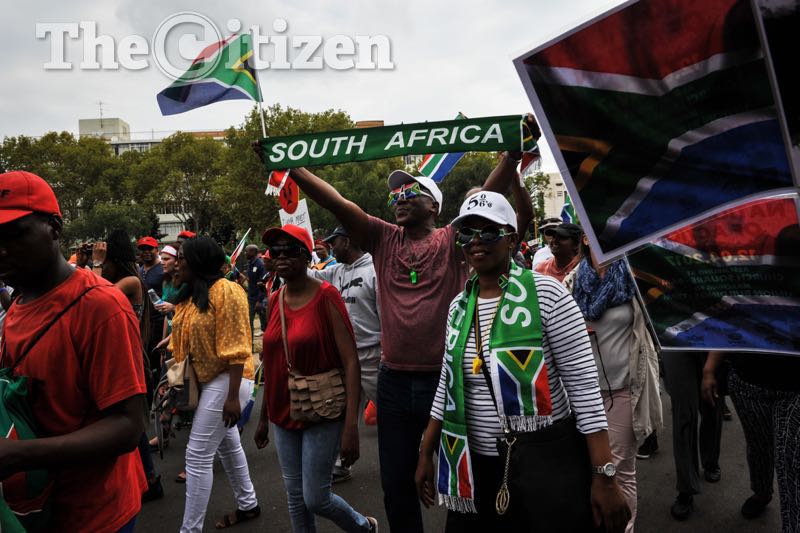 Unemployment is stubbornly high and the redistribution of wealth and land hasn’t been successful. It seems that the country’s leaders have hijacked this freedom in pursuit of their own selfish gains.

Politically exposed people, public officials and cronies in the private sector abuse their contacts, positions and influence unashamedly. Social pathologies such as rampant corruption and state looting are the order of the day. The cult of materialism is destroying the moral fibre of the nation.

What the country needs now is moral leadership that brings deep and lifelong changes to individuals and communities. It urgently needs leadership born of sound core values and characterised by accountable management.

There are fortunately well established models that set out what the characteristics of this kind of leadership are. South Africans should draw on these so that they know what it is that makes up moral leadership traits.

The late Harvard Business School Professor Paul Lawrence says that all animals survive guided by two innate drives, or ultimate motives: firstly to acquire essential resources and offspring; secondly to defend themselves and their property.

Humans have evolved to require two additional drives – to bond in trusting, caring, long-term relationships and the drive to comprehend – that is to learn, understand and create.

He states that the four drives, when expressed as nouns rather than verbs, yield four important core values: prosperity (resources), peace/trust (bond), knowledge (comprehend), and justice (defend). Just as with the drives, the best leaders attend to all four values simultaneously.

Prosperity seeks to improve every citizen’s ability to obtain the necessary resources. Leaders honestly ask what other people are entitled to, and then promote it at all cost. This asks restraint and self-sacrifice, simplicity and contentment. Greedy and power-hungry leaders, who only focus on their own success and enrichment, are in the light of the four key-drives theory, primitive and destructive.

A deviation from this was seen when Brian Molefe, former CEO at Eskom, almost walked away with a R30.1 million “golden handshake” even though he was at the power utility for only 18 months. This, after he resigned as CEO in November 2016 under a cloud after being fingered in former public protector Advocate Thuli Madonsela’s “State of Capture” report. He is now an MP of the governing ANC.

Justice-based leadership keeps the other person safe, as well as his loved ones and property, protects their names, and preserves their integrity. This kind of leadership tracks fraudsters and criminals and punishes them unashamedly. It doesn’t put a veil over injustice.

And justice is never prioritised in a leader’s interest and or survival. One cannot defend the indefensible. But, in October 2016 South Africa started the process to withdraw from the International Criminal Court (ICC) – an institution designed to hold war criminals to account, and to deliver justice for their victims.

The move was a direct result of the government’s failure in 2015 to arrest Sudanese President Omar al-Bashir as required by the ICC and the country’s laws. But justice triumphed in the end. Earlier this year the government found itself with egg on its face when the Pretoria High Court declared SA’s withdrawal from the ICC unconstitutional and invalid.

Trust that is essential to caring and social cohesion, keeps promises and doesn’t cheat. It acts with respect, honour and recognition, which in turn are important elements for peace, reliability and stability. This asks tremendous courage, because one is often on one’s own, threatened, bullied and even reviled.

Barbara Hogan, anti-apartheid activist, former minister and the widow of struggle veteran Ahmed Kathrada exhibited these qualities when she courageously called Zuma to go. She reiterated Kathrada’s call to Zuma to step down for the good of all South Africans.

But the abnormal has, in some respects, become normal in South Africa.

That’s why parliament continued to maintain that nothing different was done at the state of the nation address earlier this year even when armed soldiers were photographed strategically blocking off areas in the parliamentary precinct, a move criticised as unseemly militarisation of parliament. And, footage clearly showed journalists being impeded despite parliament’s official assurances over several days that this would not happen.

The need for role models

What South Africa needs are ethical leaders modelling core values, in line with these innate key-drivers. Leaders who have the ability to honestly deal with their own weaknesses. This is not an option, but a national imperative.

At the moment South Africa is paying a very high price for the lack of moral leadership. This is true in relation to its economy, politics, education, social security, service delivery, and health services because certain influential politicians got stuck in a twisted first drive of self-enrichment – and bling.