A true test of our optimism

Ultimately, it is the ‘will of the people’ that will determine the shape of SA society. 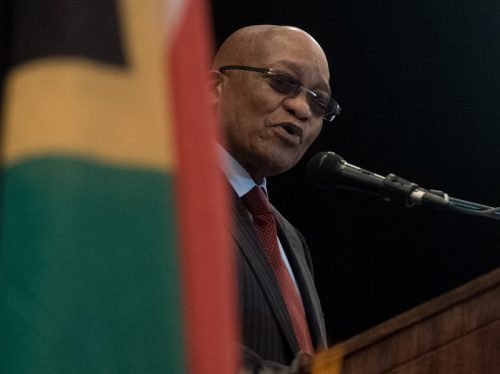 It’s an appealing trait – how else to survive in a nation that historically has so often teetered at the edge of the abyss? – but one that means we’re also destined intermittently to hit a dash of cold reality.

It was deceptively easy to shrug off the lacklustre, treading-water nature of President Jacob Zuma’s first term. Nothing much appeared to happen, with Zuma seemingly spending his time jockeying to avoid a judicial accounting on the 783 charges of fraud and corruption.

With the benefit of hindsight, it was a mistake to judge Zuma’s prospects by the cack-handed nature of his governance. It was what was taking place behind the scenes.

The revelations of the past weeks regarding the scale of self-enrichment of an ANC elite make it clear, in retrospect, that a chillingly efficient process of state capture has occurred over the past eight years. It was widely assumed not to be possible for this to happen.

SA would not slide into the kind of corrupt autocracy that flourishes in so many other developing states. Militating against populist expediency was the ANC itself, with its long tradition of relying on consensus rather than simple majorities to determine its actions and policies.

On a wider, structural level, there were the carefully calibrated countervailing forces crafted into the Constitution. Sadly, the first line of fail-safe mechanisms, those of the ANC, flopped dismally. To capture the country, Zuma first had to capture the party.

If he could do that, any attempts at resistance from the so-called “stalwarts and veterans” would be reduced to futile squeaks and trills.

And so it came to pass. Through careful appointments and calculated culling, the leadership echelon was systematically weeded of his foes.

When, earlier this year, the ANC national executive committee (NEC) failed to unseat Zuma, it signalled that the president had all the numbers that mattered on his side. Last weekend’s second NEC attempt at a coup was therefore doomed from the outset.

As I’ve noted before, one gets only a single chance at regicide. The final line of defence, then, is constitutional democracy itself.

Over the past few years, opposition political parties and activist organisations have brought dozens of court applications against government.

Unfortunately, while such actions may bring relief at specific pressure points – setting aside a dodgy appointment, remedying a specific abuse – they will not rearrange the political landscape.

Ultimately it is this “will of the people” that will determine the shape of SA society.

It’s first manifestation, however, will be as “the will of the ANC”, when the party chooses its next president in December.

In a party that is now so comprehensively controlled by Zuma, the hope that SA’s next president will be Cyril Ramaphosa, rather than Zuma-by-proxy, seems increasingly forlorn.

That leaves only one last hope of reversing state capture. It is that the electorate will punish the ANC in 2019 by denying them an absolute majority.

Mbalula and his deputy are plumbing the depths of racism 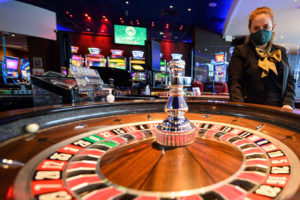