The interim chairperson gave Eskom a clean bill of health, while the acting CEO only saw red flags. The trio of Eskom interim chairperson Zethembe Khoza, interim CEO Johnny Dladla and CFO Anoj Singh bumped heads with each other when facing a barrage of pointed questions from the media.

Kicking off the press conference on an apologetic note, Khoza apologised for the integrated results announcement being postponed from July 11, as auditing firm SizweNtsalubaGobodo (SNG) “triggered the postponement after submitting a qualified opinion”.

Khoza assured the country “there was no direct impact on our financial agreements”, saying Eskom achieved admirable results during “the best of times, the worst of times”.

The acting CEO took over: “I just thought before I kick off with the results as my first public appearance … there is a return policy on products after 21 days before I need to redeem myself and see if the buyer is still happy.”

Dladla proceeded to correct Khoza: “The R900 million payment was for McKinsey and R400 million for Trillian,” and revealed he had “asked for that whole transaction to be reviewed”.

The man at the centre of the storm, Singh, provided answers of a tone slightly different to the CEO’s, saying if the Tegeta matter had not gone to arbitration, Eskom would have likely paid about R700 million.

The three men agreed on only one question posed: Eskom’s alleged financial distress.

“No, we are financially sound and stable, based on the information available at our disposal. And of the indicators is the annual report with the audited financial statements,” they confirmed to the media.

The Trillian matter, which dominated the Q&A session, created a buffer between the chairperson of the board and the acting CEO. They gave different answers and stuck to them without digression.

“The contract was with McKinsey, they wrote to Eskom that Trillian be paid directly. We don’t have a contract with Trillian,” Khoza clarified.

The acting CEO reiterated: “I have since asked for a review since I am asking the same questions the media is asking. I need to establish facts to satisfy for myself. I wanted to know why people were paid, that is the scope. I have to have comfort when you ask me that question next time with full confidence. Now the scope is based on me being able to answer parliament.”

The confusion escalated when a journalist reminded Singh that he had previously confirmed there was an invoice processed before contradicting himself during the press conference by saying there was no such thing. Singh was also reminded he visited Dubai a few days after signing a R1.6 billion guarantee with Absa.

Singh did not deny the accusation, while the acting chairperson appeared to be blushing at the question.

Earlier during the press conference, the chairperson had decreed that all questions related to bonuses not be answered, as the “matter was before the courts”, before changing tack and allowing the CFO to elaborate on how bonuses were calculated.

The trio failed to answer a question that had been raised for as long as Jacob Zuma has been president: how many investigations are currently under way at Megawatt Park?

The media was told about “Special Investigation Unit (SIU) [despite the president not having signed a declaration as required by the legislation], parliamentary inquiry [only resuming in August] and requests from the Hawks”. 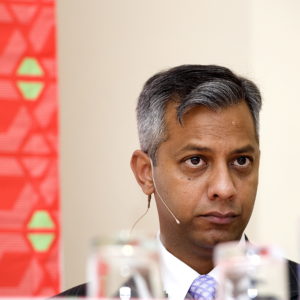 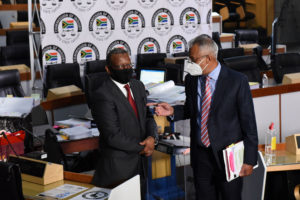 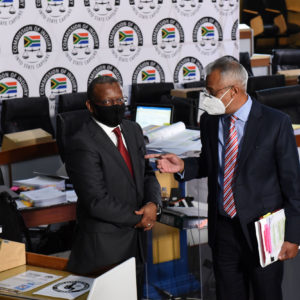 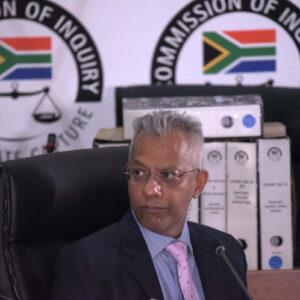