Lack of the rule of law is one of the main reasons we cannot join the ranks of the world’s most advanced nations. 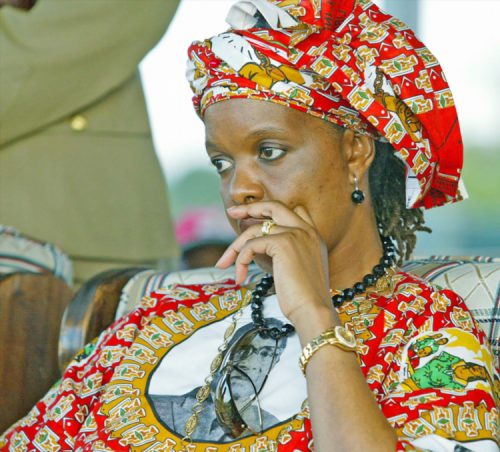 Minister of International Relations Maite Nkoana-Mashabane did not surprise when she granted diplomatic immunity to Grace Mugabe after she viciously assaulted a young woman, Gabriella Engels, a friend of her two sons, in a Sandton hotel. Mugabe came prepared.

Accompanied by her bodyguards, swishing cables left, right and centre against the young people in the room, it boggles the mind that her minions stood idly by, witnessing an assault that was obviously preplanned.

Putting her political interests above gender interests as an ANC minister and ANC Women’s League member, Nkoana-Mashabane demeaned Engels over a heinous assault that went viral. The ANC is known for mollycoddling Africa’s despots.

The African Union under Nkosazana Dlamini-Zuma was a hotbed of brothers-inarms, consolidating its continental patriarchy by frequently suppressing the rights of women if it was deemed necessary The saga of Sudanese president Omar alBashir still haunts SA.

Protecting an alleged genocidist who is on the arrest list of the International Criminal Court, SA was excoriated by its own judiciary for allowing him to escape SA when he should have been arrested.

Poor Nelson Mandela learnt the hard way very early on in his presidency that he could not show any support for Ogoni activist Ken Saro-Wiwa against the brutal dictator, Sani Abacha of Nigeria, during his reign of terror.

For years, we have protected Robert Mugabe despite his tyrannical and undemocratic rule, aided and abetted by his dis-Graceful wife. In fact, SA has supported Mugabe steadily with bailouts, energy support and reckless illegal immigration tolerance.

The Mugabe sons, who have been residing in South Africa for some time, are obviously rebellious, enjoying the freedom from the matriarch’s apron strings. Who can blame them? Their parents are thugs of epic proportions.

While the Mugabes live the high life, buying property abroad, frequenting the best hospitals, sending their kids to the best private education institutions, their citizens are languishing in abject poverty.

This moral code is what the ANC supports against its own constitutional democratic state and the rule of law. The ANC’s support for violence against women is confirmed by granting diplomatic immunity to Grace Mugabe, who is nothing but a thug, a shrew, a skollie, in Cape Flats parlance.

Deputy President Cyril Ramaphosa looked compromised and simply flummoxed by having to explain away the inexplicable. South Africans are not stupid and are collectively appalled by a man, next in line for the presidency, who can’t stand up for what is the honourable thing to do, not to mention the women in the party.

Grace Mugabe’s transgressions and the ANC’s protection of her is a clear demonstration of prioritising racial solidarity over respect for human rights and the rule of law.

It is downright dangerous, encouraging citizens to take the law into their own hands. The lack of the rule of law is one of the main reasons we cannot join the ranks of the world’s most advanced nations.