So what if you fly the old SA flag?

Just because you may be sensitive about it doesn't mean your reaction should be a general truth. 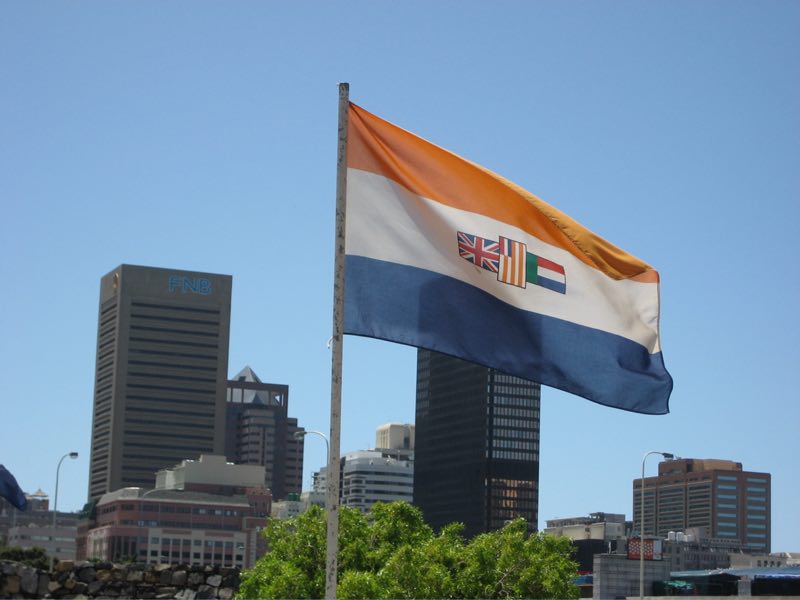 Constitutional law professor Pierre de Vos writes a rather lucid account of why Brian’s Pub in Sea Point should not be allowed to fly the old South African flag.

He bangs on and on about the evils of apartheid, challenging himself that an argument can be made that that flag, in fact, represents hate speech, in a recent column in the Daily Maverick.

“The difference is that it is definitely illegal for a private company to discriminate against anyone on the basis of their race or sexual orientation, while it is arguably not illegal to display the old South African flag. (I say that it is arguably not illegal because one could develop an argument that displaying the flag – a symbol of white supremacy – in itself constitutes hate speech in contravention of the law.)”

De Vos is entitled to his views but the phrase “hate speech” is used as glibly as “neo-Nazi” so that when everyone is called a Nazi or a racist, no one is. Same with hate speech.

What if Brian’s Pub collects memorabilia? Or put up the flag precisely to ridicule it – better still to provoke clients when they are drunk.

Similarly, the ANC’s flag will soon come to represent a contradiction in terms against a party that once fought for justice, peace, equality and democracy and who now live in contradiction of those noble values.

Already it has become something that alienates many people. Just last week I removed my membership card from my wallet because it kept peering out with every payment I made to sales people who looked at me askance.

The ANC as a ruling party has become so disgusting, so self-serving, so despicable, that their flag will soon represent similar sentiments as those elicited by the old South African flag.

When South Africa became a republic in 1961, the kids at my school received a free flag and a brand-new one-cent coin. The coin was dazzlingly bright and big and the flag colourful. I was seven years old and completely oblivious of the meaning of a flag because it was not part of our lives.

I remember coming home from school happily waving the apartheid flag, clutching my shiny one-cent coin, when our parents mercilessly tore up the flag, warning us not to celebrate the republic. Surprisingly, the coin was allowed.

Ditto with the national anthem that was played every evening after the epilogue on Springbok Radio.

My abiding memory is of the radio promptly being switched off after the epilogue, which my pastor dad studiously listened to loudly so that we, his children, would also be exposed to the Word of God every night.

Today I still cannot sing that part of the old anthem. Today, I am rather fascinated by De Vos’ childish rebellion against the old flag displayed in what by all accounts sounds like a seedy pub.

Unlike the Antifa protest movement in the US that has come to see every statue as a symbol of the confederacy, we should recognise symbols for what they are.

We are constantly surrounded by symbols that infuse nostalgia, hatred, love, tranqulity, etc. They are part of the entanglements of our lives.

Nothing is unilinear. Pundits who suffer white guilt often generalise their disaffections as generalised truths applicable to all equally. Woundedness and victimhood are some of the greatest obstacles to progress.