Why talk of unity in ANC is disingenuous, and dangerous 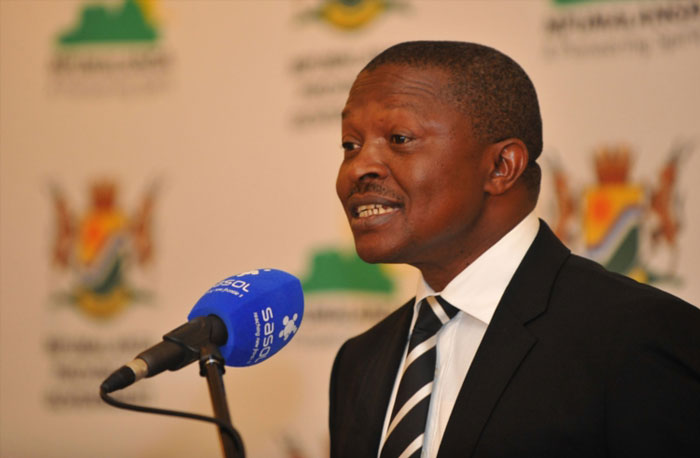 South Africa is gripped by anxiety laced with anticipation as the much anticipated African National Congress (ANC) 54th elective conference draws closer. All the country’s nine provinces have consolidated their leadership preferences for the ANC’s presidential race from the branches. But the question about who will emerge victorious remains difficult to answer as a neck and neck scenario emerges.

President Jacob Zuma has been the president of the ANC and the country for almost a decade now. His tenure has been marked by successive controversies, some of which led to attempts to oust him. All were foiled. He’s presided over the ANC’s declining electoral prospects, South Africa’s downgrading by international rating agencies, and allegations that he manoeuvred his allies into positions that allowed them to manipulate state tenders and even government appointments.

In a few days, he will not be the president of the ANC any more. So, who is likely to succeed him? The frontrunners are Cyril Ramaphosa and Nkosazana Dlamini-Zuma.

The Premier of Mpumalanga, David Mabuza has thrown a spanner in the works. He has called for a vote for “unity”, suggesting that no particular candidate should be backed unless they agree on a unity ticket.

Mabuza’s call makes predictions about the conference impossible because the province he leads commands the party’s second biggest membership after KwaZulu-Natal.

I believe that the “unity” narrative feigns a solution to what is not a problem, but a manifestation of it. “Consensus leadership” – which the “unity” narrative wants to be the outcome of the elective conference – fudges internal organisational democracy. The absurdity is that if it was allowed, it could mutate into a political system where people’s choice doesn’t matter, while leadership is simply imposed. This is where and how dictatorship starts.

Branches in Mpumalanga have already voted. The tally shows that 223 supported the “unity” approach which under the ANC’s electoral process these will be considered abstentions.

But Mabuza’s stunt to cajole for a non-contest doesn’t make him a kingmaker, or show that he’s mastered the art of brinksmanship. If anything, the ploy has weakened his position in the presidential race because the province he leads isn’t unanimously behind this particular manoeuvre.

In any case, what exactly is the “unity” that Mabuza says he’s vehemently pursuing? Is it really about uniting the ANC? Why doesn’t it rhyme with Zweli Mkhize’s campaign – he’s one of the other presidential hopefuls – framed around the same concept? How does it relate to the ANC’s Through the Eye of the Needle report, where the attributes of the leadership of the party are defined?

Why does it appeal largely to those who perfected the politics of the slate which determines their positions in the party and state, those with a cloud hanging over their heads? How is it to, anyway, play itself out in the presidential race? Is it to take the form of horse-trading? If so, how does it differ from Zuma’s remarks at the end of the ANC’s 5th policy conference, that whoever loses the race for the presidency of the party should automatically become the deputy president?

Aren’t these all inventions of the same logic, essentially seeking power-sharing deals, which are about the political elites trying to accommodate each other in the leadership positions? The unity narrative is a facade. If anything, it institutionalises the very phenomenon it seeks to expunge from the ANC: slate politics.

Contest for the leadership positions is part of the democratic process. It only becomes a problem when sullied by slates, which are the function of factionalism.

Talk about “unity” and “consensus leadership” misses the point. It’s deflecting attention from the fact that the ANC is atrophying. The contest for the leadership of the ANC is in fact about proximity to state resources, not restoring its foundational value. As Senator William Marcy put it

To the victor belong the spoils.

Ramaphosa talks tough against this. He doesn’t mince words. During his campaign he has consistently critiqued the status quo and unambiguously taken a stand against corruption. This is a good start for the ANC’s redemption. He insists that a commission of inquiry into state capture should be established, as recommended in the public protector’s report. This implicates Zuma and the coterie that makes up his oligarchy. It’s a move that’s ruffled feathers and unsettled those who have been shielded from being pursued for allegedly bagging ill-gotten gains from the state.

What’s disturbing is that the “unity” narrative could easily be a ploy to preempt Ramaphosa’s presidency, contriving to ensure that if he succeeds he will be entrapped in the consensus leadership arrangements. This would emasculate his vigour in pursuing those alleged to have looted the state.

Another possibility is that it’s being used to co-opt those with a sense of ethics into the company of those who are ethically compromised so that they could all look the same.

However, the questions around the call for “unity” are answered, it’s important to remember that when the ethical edifice collapses, society becomes the victim of the leadership of scoundrels.