The DA’s self-created crises are eroding its credibility

Jacob Zuma’s departure from the political centre stage has exposed deep-lying cracks within the official opposition. 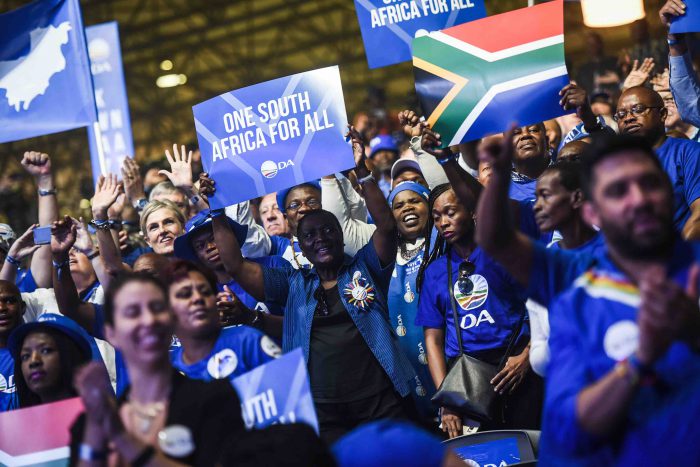 “The greatest art of war is to subdue the enemy without fighting,” said San Tzu in that oft-quoted book, The Art of War.

Right now, the leadership of the official opposition should be given copies of this book to carry in their back pockets or handbags, because they need constant reminding that their enemy lies outside of themselves.

Their biggest rival is the ruling party, but at the rate at which it is going, it does not have to lift a finger to subdue the Democratic Alliance (DA). It is doing a brilliant job at subduing itself.

A year before the biggest elections of its existence, the DA is engaged in self-created crises that are eating away at its abilities to lure disillusioned voters away from the ANC.

Jacob Zuma’s departure from the political centre stage has exposed deep-lying cracks within the official opposition. The party’s battle to remove its own mayor in Cape Town has overshadowed all its efforts to appear united, even as it went into its elective conference two weeks ago.

Patricia de Lille came into the DA on the back of the strength of her ability to deliver the coloured vote, especially in the Western Cape.

Although she’s a formidable leader with impeccable credentials, the main reason she ended up mayor of the City of Cape Town was because of the coloured vote.

For a party that has set itself the goal of appearing to be racially diverse, its protracted battle to get rid of De Lille is eating away at a significant section of its voting block.

Add to that its woes in Nelson Mandela Bay, where Athol Trollip is hanging onto the mayorship through a technicality of a deferred vote of no confidence, and one starts to get a picture of an official opposition that is clearly not very different from the ruling party it is fighting.

It has had to rely on using brute strength exercised through the speaker of council to keep the vote of no confidence at bay, much like the ANC uses Speaker Baleka Mbete in national parliament to deny the opposition.

As if taking more than just a leaf from the ruling party’s handbook on how to refuse to transform, the DA emerged from its national elective conference with a leadership structure consisting of just one woman – and also kept its de facto CEO unchanged in Trollip.

While it can hide behind “we don’t have racial quotas in the DA”, the ordinary voter, who would have been enticed by the bravery of it electing someone like Tshwane mayor Solly Msimanga instead of Trollip, will probably remain sceptical about its much-trumped diversity.

As if to correct the error of its testosterone-charged engine room, the party then went and co-opted Natasha Mazzone to the position of second deputy federal leader, walking straight into another leadership mess that is self-created.

Khume Ramulifho has already indicated he is taking the matter of Mazonne’s appointment to court because the constitutional amendment that created the position she was co-opted into had not been made when the election was held.

An official opposition that wishes to upstage the ANC nationally in 2019 should be in full campaigning mode by now, but it appears the DA is quite busy eating itself.