More than 7 500 jobs are on the line in Ramaphosa's fight against a bully, but he has a few factors on his side. 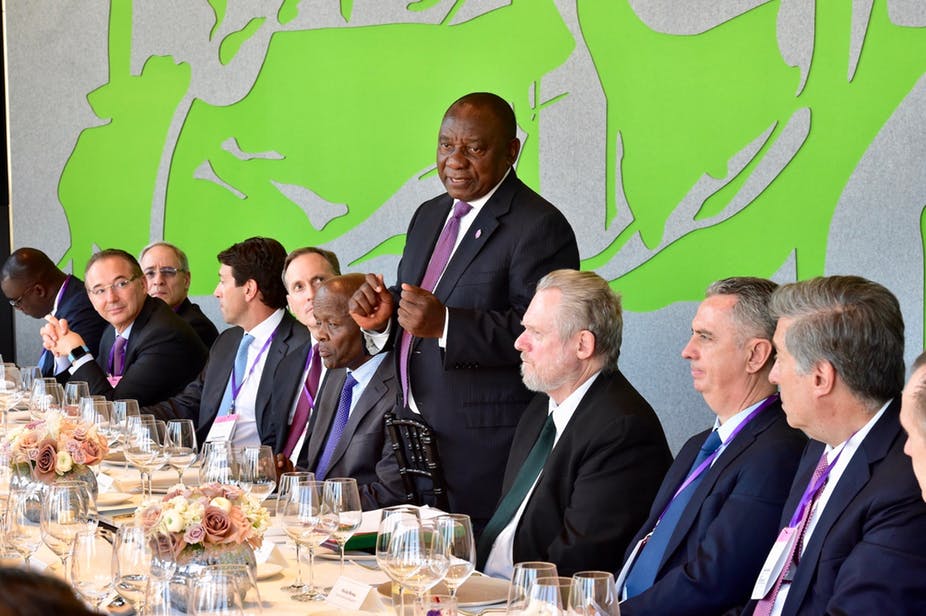 Recent actions by US President Donald Trump’s administration are severely straining relations with South Africa’s new government led by President Cyril Ramaphosa. And relations between the two governments are likely to worsen.

The first blow was last month’s threat by Trump’s UN Ambassador Nikki Haley that countries unwilling to toe the US line would be punished. According to a list of the 2017 General Assembly vote counts released in March, South Africa was one of the 10 least supportive countries. It voted with the US only 18% of the time.

More recently, Ramaphosa’s expressed disappointment at Trump’s withdrawal from Barack Obama’s nuclear deal with Iran is likely to raise the US president’s ire, especially as South Africa presses ahead with plans to expand trade with Iran.

South Africa has a lot to lose. As the only liberal democracy on the State Department’s list of 10 UN members most critical of US policies, it is also the only one that benefits substantially from extensive trade and assistance agreements with the US.

Trump’s announcement that South Africa wouldn’t be given exemption from his recent unilateral hikes in tariffs on US imports of steel and aluminium has not yet been linked to its UN voting record. But commentators have raised this possibility. 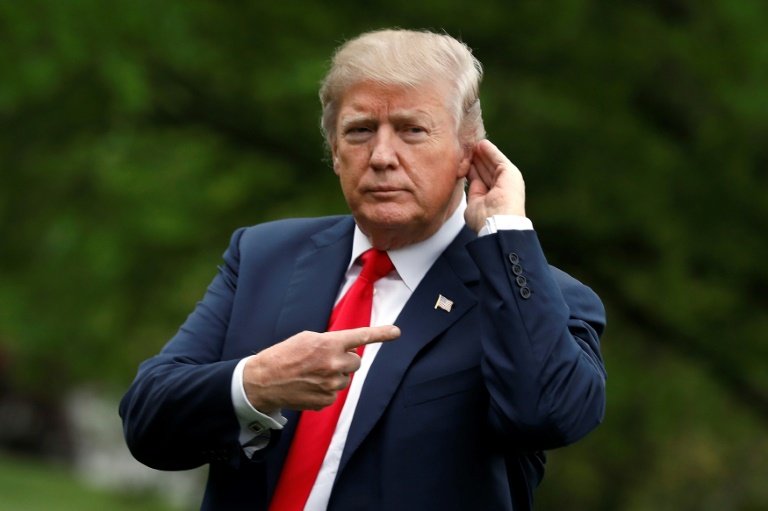 Losing out on the exemption could cost South Africa 7,500 jobs. The impact on the country’s economy could be far worse if Trump moves against South African-manufactured products that currently enjoy special access to US markets under the African Growth and Opportunity Act (AGOA). In my view this threat may be exaggerated. And Trump’s targeting of South Africa would be rightly criticised as an attempt to undermine Ramaphosa’s efforts to reform and revitalise his nation’s troubled democracy and economy.

Given the size of the US economy relative to South Africa’s, many will view this as another case of David versus Goliath, with most rooting for David. South Africa’s challenge will be to exploit those conditions and facts that might disarm its more powerful adversary. Several are already evident.

First, the timing of the Trump administration’s actions are happening just as Ramaphosa’s commitment to redress corruption and misrule under his predecessor Jacob Zuma is receiving international recognition and praise.

In addition, Ramaphosa is embellishing South Africa’s image in a year-long domestic and international campaign celebrating the 100th anniversary of the birth of the iconic Nelson Mandela. He is pledging fresh and determined efforts to uphold the Mandela legacy.

In this spirit, Ramaphosa lobbied and received unanimous African support for South Africa’s bid for another two-year term on the UN Security Council. This is almost certain to be affirmed next month by the UN General Assembly in a vote that’s bound to raise South Africa’s standing internationally.

The following month former US president Barack Obama comes to Johannesburg to deliver the annual Mandela lecture. The world will once again be reminded of Mandela’s values and ideals, as well as the contrasts between Trump’s character and that of his predecessor.

Second, it’s worth revisiting the State Department’s UN voting scorecard. The votes show that the mood of the General Assembly has become much more hostile since Trump became president. On the 92 issues that required UN General Assembly votes last year, the US was backed in only 31% of its resolutions – the lowest level of support since 2008.

This reflects the fact that Trump’s immediate predecessors tended to be pragmatic. Although for decades majorities in the General Assembly disagreed with the US on issues such as Palestinian rights, and the merits of US military adventures, there was nevertheless cooperation in other areas.

But Trump has long been dismissive of the UN and multi-lateralism in general as of little value or importance to the US.

Third, the US claim that it was refusing to exempt South Africa from the steel and aluminium tariff hikes for “national security” reasons was laughable and might not survive World Trade Organisation scrutiny. South Africa supplies less than 2% of these commodities to the US. Yet the US saw fit to exempt nearly 60% of steel exports from the US’s European and other allies.

Fears that Trump may try to abrogate other South Africa preferences that allow imports of manufactured products, notably BMW Series 3 and Mercedes-Benz C Class automobiles, with a lot more jobs at stake, are understandable. South Africa should lobby a receptive US Congress to prevent this. Bipartisan majorities recently renewed duty-free access until 2025, after protracted and successful negotiations with South Africa.

South Africa can also draw on Congressional goodwill that so far has resisted Trump’s attempts to cut development assistance to Africa, including SA.

And finally, the business community has responded positively to Ramaphosa’s emissaries seeking support for his global campaign to raise USD$100 billion of investments for the country.

Standing up to a bully

There are many entrenched networks of cooperation between South Africa and the US among sister cities, provinces and states, civic organisations, educational and scientific exchanges, and various cultural and historical ties. They can all help to shield South Africa from Trump’s bullying.

Other countries, uncertain about how to respond to Trump, may not have the same means that South Africa has to connect directly and extensively with the American people. But if Pretoria is willing to stand up to Trump, it might encourage African and other smaller countries to rethink simply trying to placate him as he persists in demeaning and denigrating them.