Is it possible we can agree to disagree?

For liberalism to take hold in SA, an unequal society still riven by race will need to be persuaded of the merits of a genuine tolerance for disagreement. 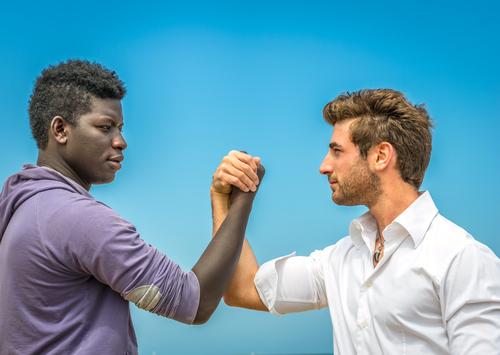 Liberalism is widely despised, yet its core message of freedom has been an energising force throughout the ages. Humanity strives ceaselessly to be free.

Nationalists, racists and religious fundamentalists are among those who scorn liberalism. For them, freedom is narrowly focused on their group. That is as true of African nationalists as it was of Afrikaner nationalists, both collectivists.

Liberalism champions rights and freedoms of the individual, rather than the collective. Although we have a liberal democratic constitution, liberalism does not have a strong electoral foothold in SA. But there are stirrings of a liberal revival in the DA.

With an election in 2019, it will be fascinating to see whether the liberal voice can gain traction.

Alan Paton, leader of the former Liberal Party, put it thus: “By liberalism, I don’t mean the creed of any party or any century. I mean a generosity of spirit, a tolerance of others, an attempt to comprehend otherness, a commitment to the rule of law, a high ideal of the worth and dignity of man, a repugnance of authoritarianism and a love of freedom.”

Just how much liberalism was retained by these organisations is debatable.

The liberal tradition has been influenced by the absorption of nationalists, Africanists and social democrats into the party.

Historically, liberal parties do not fare well in elections. For example, there is no strong liberal party presence in the US, where liberalism is interpreted differently from, for instance, the UK.

In Britain, the Liberal Party has declined from a peak of 400 MPs in 1906. It’s been a long time since successors dominated at elections. Yet there are liberal elements in the UK Conservative and Labour parties.

A seemingly unlikely contribution in Britain last week is being hailed as a liberal defence.

Boris Johnson, former UK foreign secretary, made headlines with his comments about the attire of some Muslim women. In a newspaper column, he wrote that niqabs look like “letter boxes”.

He suggested that women with covered faces could be mistaken for bank robbers.

The furore over these insults has obscured the important point that Johnson, in condemning a recent Danish government ban on burqas, was defending the right of Muslims to wear what they like in public.

As the Spectator magazine (August 11) noted in an editorial opinion: “It is fundamental to liberalism to defend the right of people to hold views with which you disagree.”

It said Johnson’s joke “was not statesman-like, but his wider point, in defence of freedom, was brilliant and timely”.

“This should be a test case for anyone calling themselves liberal.

“It might seem in bad taste; you might disagree, but in a free society we tolerate disagreement.”

For liberalism to take hold in SA, an unequal society still riven by race will need to be persuaded of the merits of Paton’s definition, plus a genuine tolerance for disagreement.

A tall order – but not impossible.