The courts are SA’s saving grace

Democracy might not give us the government we want, but courts in a democracy can force that government to do what we deserve. 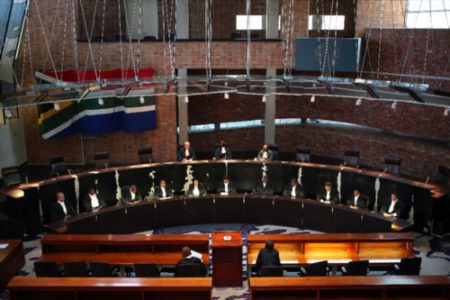 After last week’s Constitutional Court decision to decriminalise use of marijuana in the privacy of one’s home, many South Africans could be forgiven for thinking the judiciary is part of the country’s problem.

After all, the judiciary has been used over and over again by those seeking to hide from justice for their crimes of looting the public purse. So, South Africans could justifiably think the judiciary doesn’t add value. That would be short-sighted, though.

Reports suggest that the ruling party’s support from the voting population is still above 50%. The SA Institute of Race Relations’ most recent opinion poll shows that the Democratic Alliance (DA) will only get 23% and the Economic Freedom Fighters 13% of the national vote. What this means is that the same political party that has allowed state capture to happen under its watch will be returned to power.

That’s democracy. But the same democracy saw fit to afford citizens alternative ways to holding the ruling party accountable, through the judiciary. The same judiciary that decriminalised marijuana can be used to rein in an errant ruling party and that has been the most successful way of holding politicians accountable so far in our democracy. Although leftist thinkers have argued that judicial overreach is a distinct possibility in SA public life, the use of courts has proven somewhat more progressive in ensuring the constitution is adhered to.

It was through the courts that the Mbeki administration was forced to abandon its deadly HIV/Aids policy. While democracy might be grindingly slow in providing a change of those at the helm of government, the judiciary, if used effectively, can provide the change the country requires.

Allegations that the opposition has tried to govern through the courts are not baseless. If every legal case that the DA and the Economic Freedom Fighters have tried to pursue against the ANC had been pursued, we would have a government paralysed into inaction. But civil society organisations like Section 27 have shown the way in how the government can be forced to carry out what the constitution says it must do.

The names Michael Komape, Siyamthanda Mtuni, and Lister Magongwa would be relegated to obscurity were it not for Section 27 taking legal action to force the department of basic education to fix the sanitation problem in its schools. Those three children died after falling into pit latrines in government schools between 2007 and 2014. In 2016, Oratilwe Dileane became disabled because of the department’s inaction.

A ruling party used to a civil society that does not take action, or isn’t united enough to agitate for change, can allow bureaucracy to triumph over the lives of its electorate. And this is where the courts come in.

No politician wants to end up in jail for contempt of court for not implementing a court-ordered resolution. So, while corrupt politicians can use slow court processes to delay facing justice, citizens can use the courts to force the same politicians to make the constitution a reality.

Democracy might not give us the government we want, but courts in a democracy can force that government to do what we deserve.

Helen vs Herman: Why Zille doesn't want Mashaba as Joburg mayor
13 hours ago
13 hours ago

Helen vs Herman: Why Zille doesn't want Mashaba as Joburg mayor
13 hours ago
13 hours ago