Call me old-fashioned, but an individual serious about following this career path doesn’t weigh up the differences in job security. 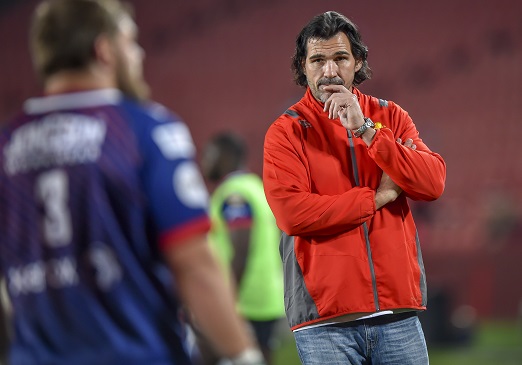 There was one thing the Bulls actually got right with their Super Rugby head coach announcement earlier this week.

For the most of Monday, there was a bit of intrigue regarding who the candidate was going to be.

Weekend reports had chronicled how the union was desperately trying to convince Victor Matfield to take them up on their offer after he had declined.

So, when the Bulls sent out a media conference invite for the unveiling, curiosity was aroused.

Did they manage get Matfield to change his mind? Or was Pote Human going to be the guy they would fall back on?

However, that’s where this whole saga’s positive dimension ends.

Because, in all honesty, this whole process reflected quite badly on the Bulls.

I’m not saying Human is a bad appointment – there’s no better candidate to ensure continuity from the John Mitchell era and he has a good rapport with the players. But it’s no secret that he wasn’t the preferred candidate.

I’m not exactly sure why Matfield was being held in such high esteem. As I said in this column last week, the legendary Springbok lock was a brilliant player, but his coaching credentials are suspect. There’s also no evidence of him being fully committed to his coaching career.

Call me old-fashioned, but an individual serious about following this career path doesn’t weigh up the difference in job security between the Bulls and SuperSport. You simply can’t.

But why, oh why, did they try to change his mind?

That reeks of desperation.

This appointment is simply too important to take a punt on a man clearly not fully invested in the project. In fact, it’s part of a broader theme of the Bulls’ new era being a bit underwhelming.

New CEO Alfons Meyer was a PWC bigwig, but has no sport management experience.

Yet, as has been proven before, boring – read Meyer and Human – is sometimes better.