First, you can't vote for him, only for the ANC, and there is no logical reason why voting for the ANC would bring an end to the rot. 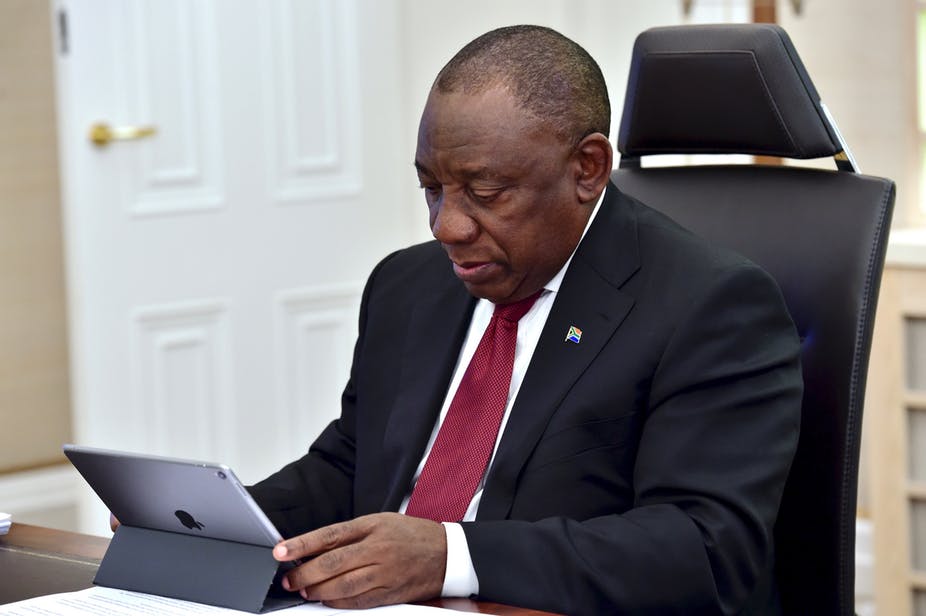 After coverage of last week’s Radio 702 interview with the president, it’s again necessary to counter the delusion that a vote for Cyril Ramaphosa will save South Africa.

As mentioned previously, you cannot vote for Ramaphosa. The only directly elected public representatives in SA are ward councillors. In general elections, you vote for a party.

If you vote ANC, you could end up with David Mabuza, Ace Magashule, or anyone from that party’s rogues’ gallery. Far better to avoid the risk of having them in the presidency. But a “vote for Cyril” is in effect a vote for the whole gang.

Let’s assume you are not convinced by the above. You have a “yes but” response. Did you catch Ramaphosa’s 702 interview? Aren’t you worried that his put-down of whites in general contradicts a supposed commitment to non-racialism? Coupled with that, Ramaphosa has been wooing the openly racist Economic Freedom Fighters (EFF).

Were you persuaded by Ramaphosa’s explanation of why no one has been jailed for state capture corruption? Gullible folks accepted his word that all these criminals would be dealt with in good time, due process must run its course. Blah, blah.

In fact Ramaphosa has, for political reasons, been soft on corruption. Within his Cabinet and the ANC top six are people who should be in court. Due process is not a valid excuse for indefinite delay.

There is no logical reason why voting for the ANC would bring ANC cadres to justice.

Ramaphosa’s defence of Bathabile Dlamini, saying she has “raised the bar”, is a weak phuza joke but it again highlights his inaction. There’s an excuse for every rotter in Cabinet. Taking the above into account, it is clear Ramaphosa’s ANC is being held to account on standards different from those in the Democratic Alliance (DA).

The massive case against ANC deployees includes corruption amounting to hundreds of billions of rands. Eskom, SA Airways, the SA Broadcasting Corporation, Denel, etc are dysfunctional because of ANC deployment. So, too, with hundreds of ANC-run municipalities.

Who will “recall” incompetent, corrupt deployees while Mabuza oversees cadre deployment? Get real. Whatever the outcome of the 2019 elections, Mabuza remains ANC deputy president and thus deployer-in-chief, just as Ramaphosa was during his term as party deputy president.

Helen Zille writes: “The fundamental ideological contestation in SA is between non-racial constitutionalists (who, despite some ambiguity, are still most clearly concentrated in the DA) and racial-nationalist populists (unambiguously embodied by the EFF) … The ANC straddles this great divide, with one foot on each side, almost evenly split between both broad camps”.

Thus, “the dividing line in SA politics, (between the clear ideological positions of the DA and the EFF), runs right through that of the ANC”.

In other words, the ANC is ideologically split. Ramaphosa has personally driven the campaign for expropriation without compensation, and he is courting the EFF. That puts him on the wrong side of the ANC divide.

If he were genuine about non-racialism, constitutionalism and market economy he would seek rapprochement with the DA, rather than the racial-nationalist, populist EFF.

Vote for Ramaphosa and you could put Julius a heartbeat away from the presidency.