‘Giving us jobs’, one of the ANC’s most broken promises

If the ANC goes ahead with its latest command economy plans, it will preside over the biggest disinvestment in SA’s history. 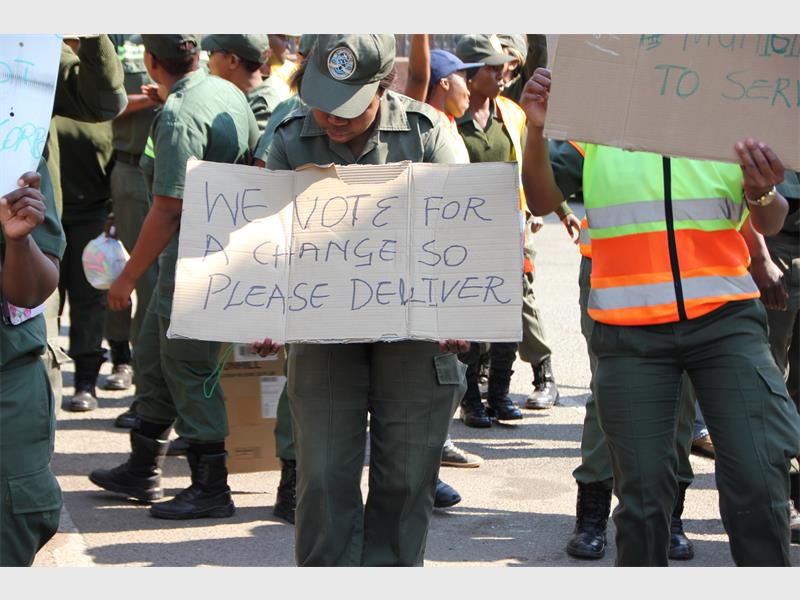 In 1994, the promises on the ANC’s first-ever election posters were “Jobs! Jobs! Jobs!” and “Jobs, Peace, Freedom”.

The bold pledges of “peace and freedom” have been pretty much fulfilled. Jobs, not so much success.

The 1994 undertaking was between 2 million and 5 million new full-time jobs. In addition, there would be part-time employment and training of “about 2.5m people over the next 10 years” through a national public works programme.

It didn’t work out like that. While joblessness briefly fell sharply, work creation soon ran out of steam and by mid-1997 the unemployment rate was hitting new highs. Since then, the rate has only twice momentarily dropped to what it was when the ANC gained power.

That hasn’t discouraged the ANC spinners of fairy tales.

In the 1999 election, the ANC promised to halve unemployment within 10 years. This would mean almost 7 million new jobs. It didn’t happen.

In 2004, despite unemployment having grown from 16.5% in 1995, to over 25%, the ANC implausibly claimed to have created 2 million new jobs. It still promised to halve unemployment, as well as to provide 1 million “job opportunities” – brief, low-skill, casual work.

The 2004 manifesto conceded that although the ANC could conjure “some employment” through public service jobs, “long-term employment depends largely on higher rates of private investment”.

In 2009, under the fantasist Jacob Zuma, the ANC boasted it had created half a million new jobs per year since 2004. Henceforth the emphasis would be on creating “decent” jobs and, following the worldwide failure of neoliberal policies, this would be achieved under the guidance of the “developmental state”.

In his 2010 address, Zuma said the SA economy was now “creating jobs rather than shedding them”. In 2014, the ANC manifesto emphasis was on the public works programme, which would create 6 million job opportunities by 2019 – “many of which will be of a long duration” – as well as 275,000 real, full-time jobs.

In 2017, Zuma promised to deliver 6 million job opportunities by March, 2019, with an additional 1 million jobs specifically for youth, as well as 61,000 jobs through environmental programmes like Working For Water.

President Cyril Ramaphosa’s 2018 state of the nation address was more sober. SA had created jobs, he said, “but not at the pace required to absorb new entrants to the labour market”.

The 2019 ANC manifesto promises to create 270,000 real jobs a year. The manifesto launch coincided with the release of the latest Spectator Index, which identifies SA’s youth unemployment rate as the world’s highest at 52.8%.

How does Ramaphosa’s “new dawn” ANC intend to deliver on a quarter century of broken promises? By heavy-handed state interference: expropriate land; possibly nationalise the Reserve Bank; and possibly force financial institutions to place a prescribed percentage of investor and retirement funds towards government-designated “social and economic development”.

But if the ANC goes ahead with its command economy plans, the party will preside over the biggest disinvestment in SA’s history as individual citizens scramble to move money offshore.