Strong growth needs new ideas from people who speak for millions and offer real solutions to their poverty. 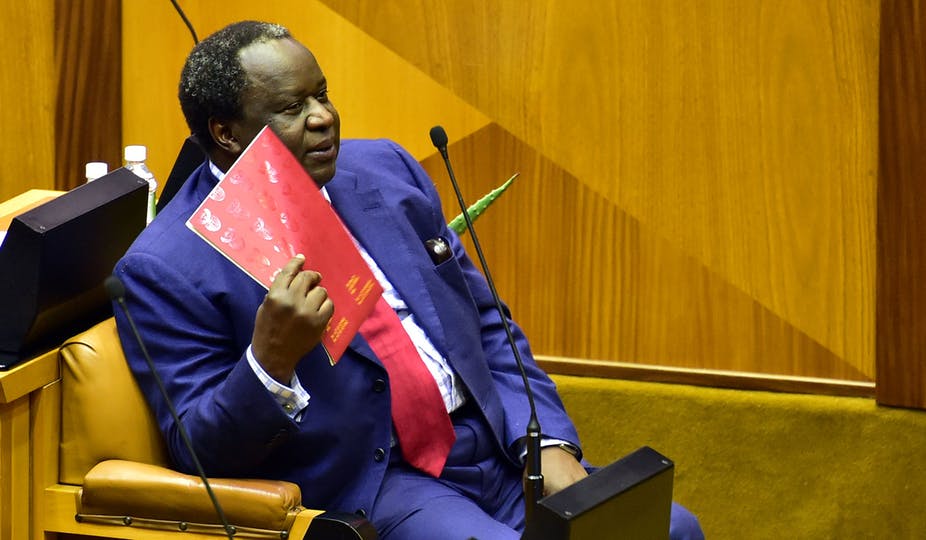 The budget attracted particular attention because South Africa’s public finances are, after years of misuse by the administration of former president Jacob Zuma, in deep trouble. Finance minister Tito Mboweni’s task was, it was widely agreed, making the best of a bad hand and preparing the ground for a difficult recovery.

But this does not mean the budget was purely a technical exercise – no budget is. Budgets are, inevitably, political, not only because they decide how the people’s money is spent but because they are products of political choices.

Mboweni could have tried to fill the fiscal hole by slapping taxes on businesses and high earners. He could also have announced privatisation of state-owned enterprises. That he did neither was a political choice. While economists claim that the choice is between “good” and “bad” policies, in the real world the choices reflect the balance of power between the competing voices finance ministers and their officials hear.

This budget confirmed that the voices which make most sense to the government and its minister are friendly to markets. This does not mean, as many on the left claim, that Mboweni and the government are business lackeys. There is much in the budget which many in business and the market’s champions do not want – R69bn for the public energy utility Eskom over three years; R567bn for grants for the poor; keeping income tax brackets the same so earners will pay more as inflation boosts their salaries or spending nearly R2bn on land reform.

Nor does it mean that everyone friendly to markets loved the budget. Mboweni is finding that being honest about the state of the country’s finances does not impress financial journalists and the rating agencies, who reinforce each other’s prejudices and are yelling at the government for acknowledging a problem and promising to fix it.

What it does mean is that the voices whose ideas shaped the budget argue that markets and private businesses are the spurs to growth.

Mboweni promised tough controls on the managements of state owned companies to ensure they don’t waste bail-out money. He announced cuts to the public service wage bill – through voluntary early retirement, not retrenchment – and said electricity provision would open to greater competition.

More remarkably, he reopened the debate over privatisation, which has been taboo for two decades:

“Isn’t it about time the country asks…: do we still need these enterprises? If we do, can we manage them better? If we don’t need them, what should we do?”

And he argued that the country needed to open its gates to skilled people, swimming against the tide of anti-immigrant hostility among political parties. Not surprisingly, he cited a pro-business economist in support of immigration reform.

The budget endorsed, in effect, the view that the way out of the crisis is to reduce the size of government and increase business’s role in the economy. Where the speech announced new approaches, they reflect the thinking of the markets’ supporters.

Mboweni and the government have not become Thatcherites or anything close to that. As long as poverty and inequality remain endemic, and race plays a key role in both, no government can ignore the problem. This is why business and the markets got as much as they can reasonably expect. But, within that, the government’s priority is to win back business confidence and lay the ground for market-led growth.

Predictably, unions, the left and campaigners for economic change denounced the budget. Calm voices noted that the social grants, which fuel economic activity at the grassroots because people use them contribute to local economic growth, did not rise enough to keep pace with inflation.

The less calm denounced the budget as a “neoliberal” stick with which to beat workers and the poor.

Equally predictably, no-one in the union movement or on the left asked why a government whose core support base is the poor should listen to pro-market remedies, not theirs.

The answer to the question is that the left in South Africa is weaker than it has ever been, and that it shows no sign of the hard thinking and doing it would need to become a power again.

There are, broadly, two ways in which voices who want a better deal for working people and the poor can wield influence in a democracy. One is to show that they speak for many people. The other is to come up with ideas which excite people sympathetic to change, particularly people for whom markets do not work.

The left currently fails dismally at both.

It can no longer persuade millions to stay away from work or march in its support. Loud threats to close the country down for a day are now usually followed by marches of a few thousand people at the most as just about everyone goes to work. Social media have become a substitute for organising people to campaign for change.

Unionists and others on the left also offer the same old slogans, usually with added factual errors to destroy any possible credibility. One prominent figure responded to the budget on radio by denouncing taxes on tobacco and alcohol (implying that drinking and smoking were essentials of a decent life) and claiming that the rich will not pay more in income taxes when they clearly will.

It is a long time since the left came up with ideas which caught the public imagination.

Why this is bad news

If you support market-led growth, this must sound like good news. It is not. No growth path will succeed in South Africa unless it tackles poverty, inequality and the exclusion of millions from the benefits of the market. This means taking seriously the voices of the excluded and those who champion them and reaching compromise between their needs and that of the market. This is very difficult if the voices claiming to offer an alternative speak for just about no-one and have very little to say.

This budget was a necessary stop-gap after the ravages of the past decade. Strong growth needs new ideas from people who speak for millions and offer real solutions to their poverty. Their absence is a real problem for everyone.