It’s getting really hot in the kitchen

The happy days are so close for Orlando Pirates that their supporters can almost taste them. 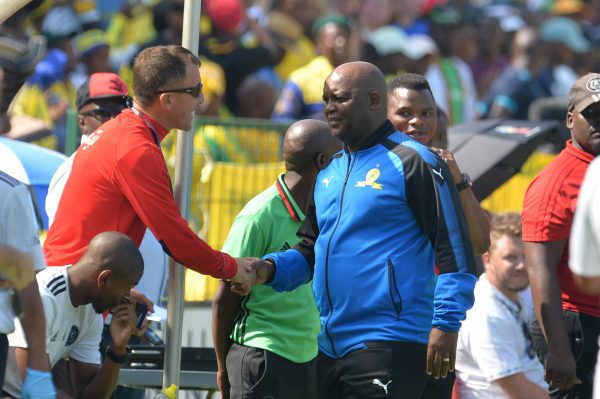 But it would be advisable for the Buccaneers to keep their champagnes locked away for now, at least until Mamelodi Sundowns have played the games they have on hand.

The same situation has happened at Pirates before and it ended badly for them when Kaizer Chiefs overtook them on the last day of Absa Premiership action after having led for quite a while.

Images of Jimmy Tau and Joseph “Duku-Duku” Makhanya crying after missing out of a league title they almost had in their pockets must still be vivid in the memories of the Ghost.

But to their credit, Bucs have done quite well to open a six point gap atop the standings and throw the ball into Sundowns’ court. The pressure is off them now and on Pitso Mosimane’s side who have to play catch-up starting tomorrow night when they host SuperSport United.

Masandawana ill afford to drop points, not with a possible deduction after they were found guilty of fielding an illegible player still hanging over their heads. I have heard some Sundowns fans saying their team are no longer interested in the Premiership title with the Caf Champions League now their main focus, but that is not guaranteed either.

Stumbling in both the Premiership and Champions League could be shameful for them especially because they have not finished a season without a trophy since Mosimane took over, except for the first six months where he had to guide them away from relegation.

They are however still a formidable side who can easily close the gap on Pirates and shift the pressure back to them. After Pirates’ win over Free State Stars on Saturday night, many believe that the league is theirs to lose now. That is true.

Speaking after his Man-of-the-Match performance, Innocent Maela admitted that they are close to the title they last won seven years ago. Read what he had to say on Page 3.

Sundowns meanwhile advanced to the semifinals in the Champions League despite a 1-0 defeat to Al-Ahly at the weekend. They showed their mettle and resilience under hostile conditions in Alexandria and should be commended for it. Their experience in continental football is starting to show.

The ticking time bomb that has been left unattended for a long time now at Bloemfontein Celtic finally exploded at the weekend, with Siwelele invading the pitch and disrupting the match between Phunya SeleSele and Cape Town City to vent their frustrations.

Their actions are despicable to say the least and such actions only serve to dig their team deeper into trouble as they will have to be fined and sanctioned by the PSL. Find out more on this issue on Page 7.

We also have our regular features and in One on One we hear from Zimbabwe and Polokwane City’s No. 1, George Chigova while on Page 4 and 5 you can have your weekly dose of hot Mgosi.

Our regular cartoonist, Themba Siwela is away this week but we still made a plan and found someone to draw a cartoon for you this week. Enjoy.