The fightback against Ramaphosa and his clean-up crusade has been instant. And it comes under the leadership of the ANC's secretary-general, Ace Magashule. 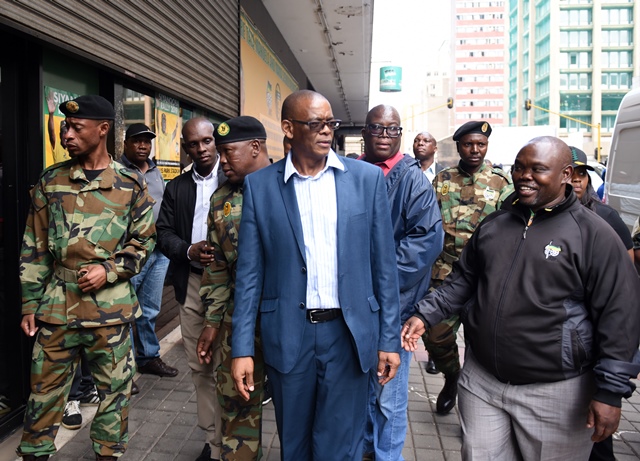 In a generally boring election season, one in which there have been no surprises or fireworks, it comes as no surprise when a seasoned political analyst and columnist comes under fire for suggesting that the most rational option for all voters is to return the ruling party to power.

Sunday Times columnist Peter Bruce has been attacked for his suggestion that Cyril Ramaphosa continues to be the best bet for leading SA’s emergence out of what the president himself has termed “the wasted nine years.”

It is logical for all right-thinking voters to question the wisdom of his logic because it’s not like Cyril has suddenly just entered the political realm. He was there for all those years, albeit in the background. There is logic in suggesting Cyril be returned to power, though.

The point of departure for arguing that the ANC be returned to power must come from the understanding that polls have not yielded anything new. At best, the ANC could achieve just over 60% or, at worst, lose Gauteng to the Democratic Alliance, but still retain national power.

Research giant Ipsos’ latest poll suggests a majority of up to 61%. This being the case, the argument for suggesting that voters back Ramaphosa only makes sense because either way, the ANC is returning to power.

The question then becomes: Is it in South Africa’s best interests to return Ramaphosa to the presidency with a weak poll showing, and leave him open to almost immediate recall by the state capture faction in his ruling party? Or does it make better sense to bolster his efforts at fighting corruption through a strong poll showing?

Recent events suggest Ramaphosa’s “watch this space” promise at his State of The Nation Address was genuine.

He has appointed Shamila Batohi to head the all-important National Prosecuting Authority, he appointed the Nugent inquiry, which has already got rid of Zuma enforcer Tom Moyane at SARS, and he has allowed the Commission of Inquiry into State Capture the space to continue its work unhindered.

His biggest victory must be his most recent one: firing Nomgcobo Jiba and Lawrence Mrwebi from the NPA on retired Constitutional Court Judge Yvonne Mokgoro’s recommendation.

If there were any doubts about Ramaphosa’s “watch this space” promises, these latest firings must have gone a long way towards erasing those.

The fightback against Ramaphosa and his clean-up crusade has been instant. And it comes under the leadership of the ruling party’s secretary-general, Ace Magashule.

Although advancing a flimsy line of argument that says “if I’m corrupt, then everyone in the ANC is corrupt”, he also made references to the Bosasa corruption scandal, to make it clear that Ramaphosa himself is corrupt.

This is where South Africa’s most dangerous threat comes from: A return to power for the ANC with a weak 50% showing will allow Magashule and other Zuma acolytes the space to manoeuvre Ramaphosa out of power. It is a clear and present danger.

So, in an election with a choice between two evils, does it make sense for Bruce to argue that the lesser one must be supported?

The answer lies in appreciating what the worse evil represents.