The white liberal establishment, both inside and outside the DA, holds on to its race-blindness by distorting the idea of non-racialism. 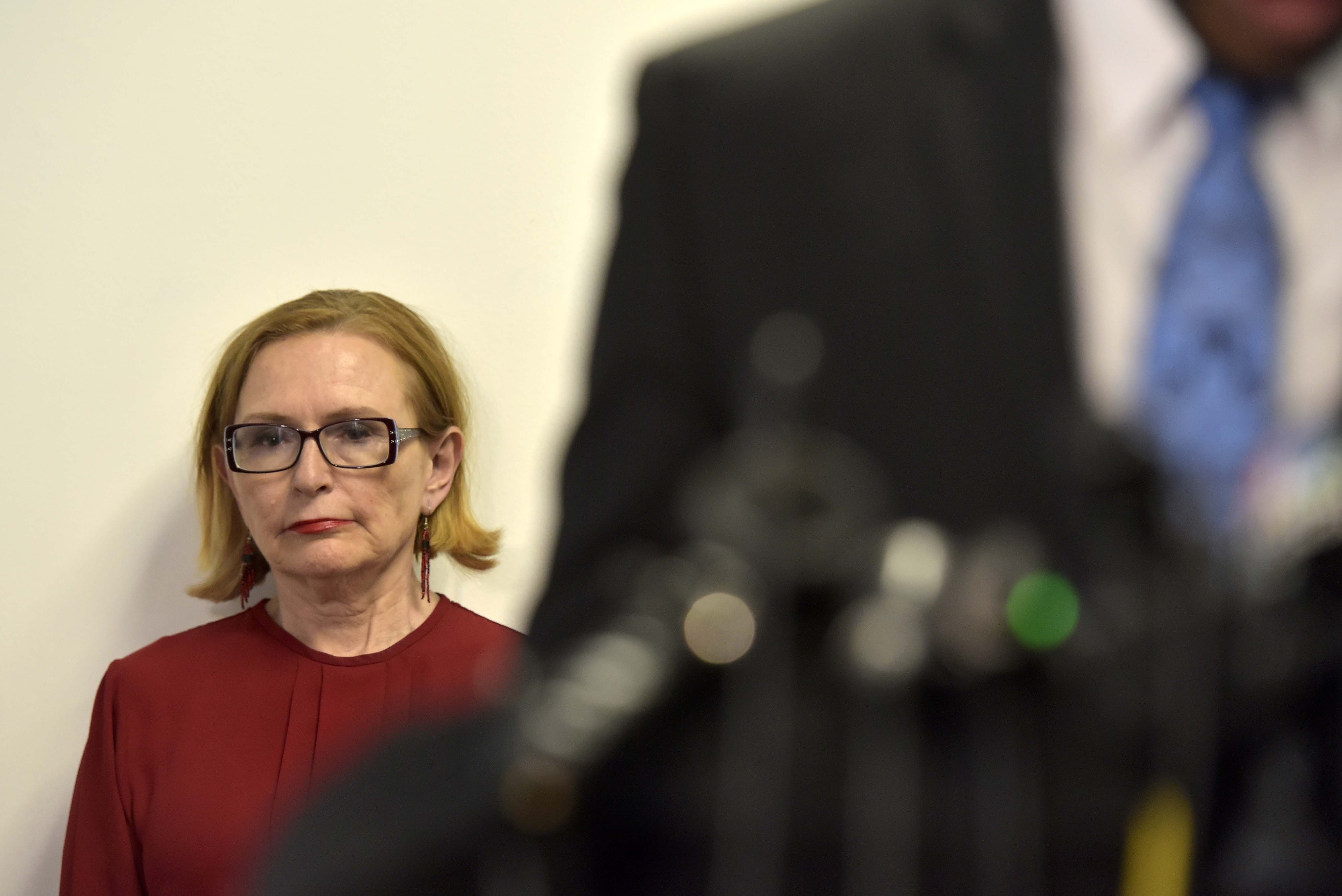 South Africa’s official opposition party, the Democratic Alliance (DA), is reeling from self-inflicted political damage. Its newly elected interim party leader John Steenhuisen recently appealed to his colleagues to “stop the political hara-kiri that’s going on in the DA – pulling out entrails to show everybody”.

This follows the departure of two more prominent black members, former party leader Mmusi Maimane and outgoing Johannesburg mayor Herman Mashaba, apart from national chair Athol Trollip, who is white. Other black members the party has shed in the recent past include Cape Town mayor Patricia de Lille, forced out last year, and former parliamentary leader Lindiwe Mazibuko, who left under duress in 2014.

The recent resignations come in the wake of the election of former party leader Helen Zille to the powerful position of chairperson of the DA’s federal council.

She and other contenders for the post promised to return the party to a vague “classical liberalism”. What this would mean in light of the history of the party is left unexplained. It does seem that the dominant bloc in the Democratic Alliance wants to convince some South African voters that a version of liberalism exists which is untouched by history and context. Judging by recent events, they also seem to insist that liberalism has not and cannot be adapted to address the problem of racism.

The current malaise was triggered by the Democratic Alliance’s slightly poorer results in the May 2019 national election. It attracted 20.8% compared with 22.2% in 2014.

At the heart of the party’s problems lies what can be called “white denialism” – the inability to acknowledge the continuing repercussions of race and racism in the country. This has affected its analytical capacity to the point of endangering its electoral fortunes.

“Losing” more black leaders shows a greater concern with keeping the party as a base for white interests than growing it to a possible future government.

The Democratic Alliance was one of the political success stories of the democratic era. In its previous manifestation as the Democratic Party, it managed to grow from a mere 1.7% in the first racially inclusive election in 1994 to 12.4% in the 2004 national elections, demolishing the former party of apartheid, the National Party.

But with success come new dynamics and complexities.

The boost in growth was among white South Africans, leading to the party routinely being labelled “white”, and its relevance in a context of a majority of black voters was questioned.

Commendably, significant efforts ensued under Zille to recruit black leaders and break the white glass ceiling in the party. In the 2011 local government election, the slogan was

With the promotion of young stars such as Mazibuko and Maimane, and the merger with De Lille’s Independent Democrats in 2010, the Democratic Alliance’s complexion changed.

But this brought the question of race to the fore.

For many people who live the experience of being racialised as “black” in the world, it is impossible to negate the effects of race – both negatively, as a system of oppression, and positively, as a source of resistance and identity. As Maimane put it poignantly,

These views ran head-long into the Democratic Alliance’s historical white denialism, sparking an intense political battle for the party’s soul. Hence, when Steenhuisen talks about the “slavish race-based obsession of the last few years”, he is sniping at black leaders’ attempt to turn the party away from its legacy of race-blindness.

The white liberal establishment, both inside and outside the party, holds on to its race-blindness by distorting the South African idea of “non-racialism”. Non-racialism is a political concept that hails from the first half of the 20th century, and is included in the country’s democratic constitution. It envisages a society beyond race that would be achieved through anti-racist action.

As a counter-position, the Democratic Alliance has defanged non-racialism by presenting it as “colour-blindness”. This convenient misrepresentation of non-racialism fits with what Jamaican philosopher Charles W Mills calls “racial liberalism”, the most prominent version of liberalism which has been pivotal to Western political thinking.

Racial liberalism has historically been characterised by a double standard, which is reflected in its role in the crimes of colonialism. Only some human beings could lay claim to the essential values of the rule of law and equality in the eyes of the colonial state. Hence, white and male privilege was entrenched.

In the Democratic Alliance’s case, its original predecessor the Progressive Party clung to the 19th century British colonial position of a qualified franchise for black people until the 1970s.

Mills makes the case for a colour-conscious liberalism. Extending this idea to other differences such as gender, this translates into a liberalism that actively acknowledges and advances the correction of historical racial, gender and other injustices. Such an agenda must be driven from the vantage points of those who have been wronged, that is, black people and women.

The Democratic Alliance’s black leaders embarked on the crafting of what could be called an African liberalism in 2013. Its parliamentary caucus, led by Mazibuko, supported affirmative action on the basis of race and gender during the consideration of the Employment Equity Amendment Bill. A black parliamentarian said at the time that “there is no way that you can solve a problem caused by race without referring to race”.

The white liberal establishment was outraged, including the Institute of Race Relations. Former party leader Tony Leon sounded the bugle about an offence against liberal values. The caucus was called to order. A policy conference followed where race was acknowledged as a “proxy for disadvantage” but with no corrective mechanism, apart from “expanding opportunities”.

The slight decline in Democratic Alliance votes in the 2019 election has been attributed to far-rightwing white supporters shifting their votes to the Freedom Front Plus. Instead of regarding this as an opportunity to confront the party’s racial legacy and advance more inclusive politics, it was used to rid the party of Maimane, at the instigation of the Institute of Race Relations.

This was another one of those watershed moments, akin to when the apartheid regime passed a law banning inter-racial parties in the 1960s. At the time, the Progressive Party – the Democratic Alliance’s original permutation – ejected its black members to become white. Its other option was to disband and reorganise. It chose white politics then, as it does now.