uMkhulu was astonishingly prolific despite his many years, working across mediums and forms as a teacher and healer. 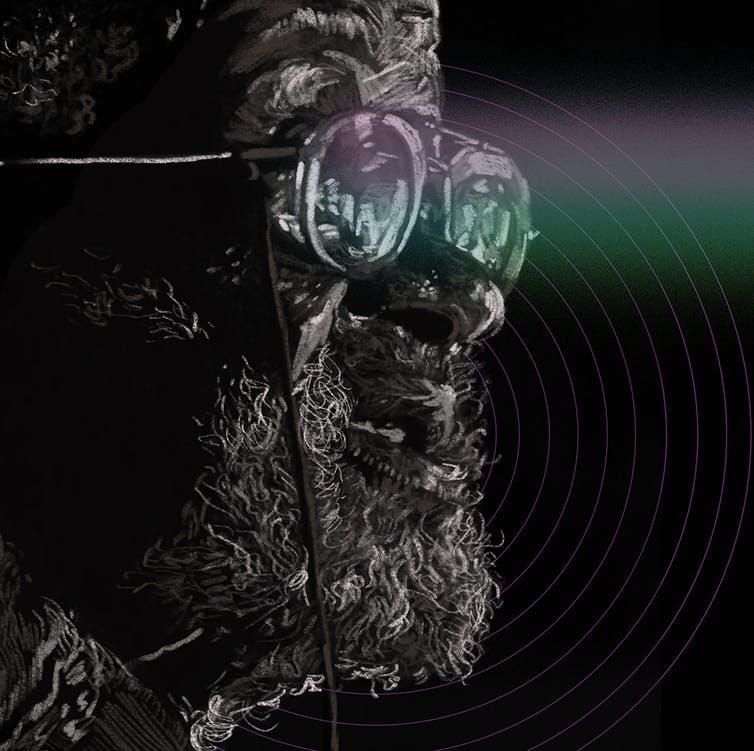 Mkhulu VusamaZulu Credo Mutwa’s name foretold the role that this towering South African healer, prophet and artist was to play.

VusamaZulu can be translated as either ‘awaken the Zulu nation’ or ‘awaken the heavens’, aptly describing his life’s work: asserting the humanity of aBantu – people of African descent – globally.

‘Mkhulu’ means ‘grandfather’ and in this I acknowledge Mkhulu VusamaZulu as well as the ancestors that walk with him as my elders.

uMkhulu passed away at the age of 98. He was born on 21 July 1921 in KwaZulu-Natal province in South Africa. After falling ill in his teenage years, he was initiated to become a sangoma or traditional healer.

The sangoma is a diviner and seer, using gifts of spiritual sight, mediation with the ancestors and knowledge of herbal medicine and ritual to diagnose and heal disease. Traditional healers are often ‘called’ to this path by their ancestors ‘through dreams and other significant experiences’ including illnesses and misfortune.

Following this intensive initiation process, uMkhulu embarked on many journeys through African countries, including Swaziland, Lesotho and Kenya. 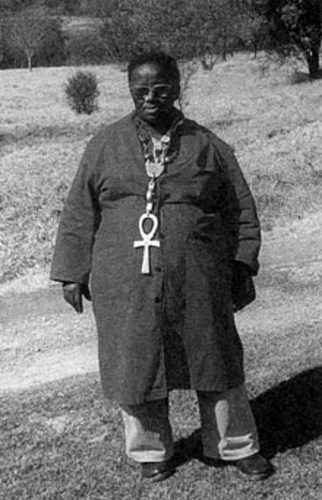 The pan-African nature of his training provided him with a vast knowledge of African folklore, mythology and culture which, he lamented, was dying. He became adamant that he needed not only to preserve it, but to educate South Africans about this heritage, which is not taught in schools.

uMkhulu was astonishingly prolific despite his many years, working across mediums and forms as a teacher and healer.

He was a storyteller of mythologies, the author of five books, the best-known being Indaba, My Children (1964). He wrote a play called uNosilimela, worked on a graphic novel, and created a website and two living museums – KwaKhaya LeNdaba in Soweto and Lotlamoreng in Mahikeng. Here visitors can see some of his countless sculptures and artworks.

In many, there is a recurring figure of a woman, whom he called Ma in Indaba, My Children. This is the depiction of the goddess of creation, known to the Zulu people as Nomkhubulwane. He frequently exalted the spirit of women as life givers and spoke against the abuse of women. 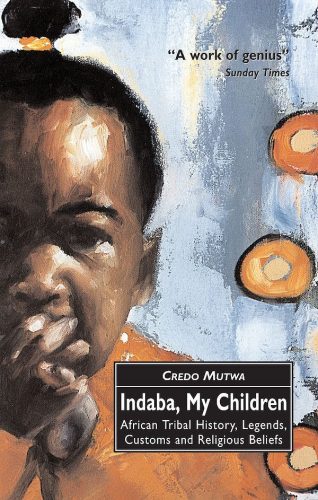 With no formal training, his art became an expression of his wish to share the oral tales and symbols of traditional African spirituality.

At the time of his passing uMkhulu had received little financial gain from his writings as his royalties were owned by others, according to the Credo Mutwa Trust.Through these various works, he allowed us to trace our roots, philosophy and ubuntu bethu; the humanity of aBantu. Ubuntu here refers to a specific humanity accessible only to aBantu; an assertion that foregrounds the African worldview.

This was not his only challenge. uMkhulu acknowledged that in his writing about African spirituality, he was risking being called a traitor by his people for sharing its secrets.

In 1976, students burnt down parts of his Soweto cultural village after he was misquoted on an Afrikaans radio station. It was burnt down again in 1980, his son murdered and wife raped, after being unjustly accused of working with white men under apartheid.

With his work easily exploited by conspiracy theorists, he was at times ridiculed as a false prophet. He was largely neglected as a cultural figure by the South African state. To maintain his safety, he retired to the small town of Kuruman in the North West province.

uMkhulu was a revered sanusi, loosely translated as ‘one who lifts us up’. Isanusi, according uMkhulu VVO Mkhize of Umsamo Institute, is a healer who reveals that which is hidden, such as mysteries erased by history, and who tells us about the future.

As he filled in some of the blanks in Bantu history, his predictions of significant global events garnered international interest.

Many were expressed through his art. His 1979 sculpture of King Khandakhulu discussing his sexually transmitted diseases with the gods is seen to pre-empt HIV and Aids. A 1979 painting is said to predict the September 11 attacks in the USA.

Some of his many predictive utterances – among them those related to the 1976 Soweto youth uprisings and the Marikana massacre – were told to visitors or made in video recordings posted on the Credo Mutwa Foundation Facebook page.

His prophecy was embedded in South Africa’s popular culture, especially through the mass print media and YouTube.

Taken together, his life’s work proposed that knowledge was not finite and that the soul was able to traverse different times and dimensions to bring knowledge of the past and of the future into the present.

uMkhulu broadened the view of Africans. In his work, we were exposed to a type of knowledge that had been oppressed.

He taught us that South Africans’ history did not begin in 1652, when Jan Van Riebeeck hit our shores and the colonisation project began, but that we have a long legacy of philosophy and medicine, interrupted by this colonisation.

Through his work, he gave us the voice, the agency and the tools with which to fight against a single story. One that placed the white man as the ideal and any other category of human as ‘other’ and lesser. We are now able to assert that the story is of multiple interpretations, dimensions and times.

The portrait ‘Vusumazulu’ is by Sindiso Nyoni. See his work here.