Tales from a hospital bed: Choosing between wheels or crutches

After 36 days in hospital, sports writer Wesley Botton has to choose between crutches and a wheelchair. 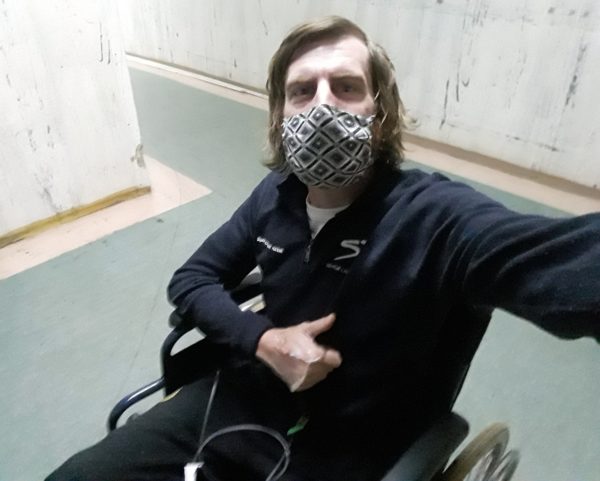 Karabo, who arrived in one of the other wards after suffering from kidney failure, asked me for a pair of pants.

Intrigued by the rare request, I asked him why.

He explained they took his clothes when he arrived and someone had since misplaced them. His only other kit is in his locker at the shelter.

Having been discharged, he doesn’t like the idea of negotiating his way across the Joburg CBD in a half-nude state.

To some significant relief, we discovered we are just about the same size.

Nurses are so good at making beds that their precision-like ‘hospital corners’ approach has been adopted by the military. A hospital is a place where the art of bed making is perfected.

Except this one, where the nurses could learn a thing or two from a drunk varsity student on a Saturday morning.

Haunted by OCD, I wait for them to leave each day and then I make the bed myself.

I can’t do hospital corners either, but I can fold and tuck with the best in the business.

Our new roommate, who doesn’t speak English, is from Zimbabwe.

Nobody seems to know his first name, so while he’s here, he is Mr Hlabangana.

He was attacked by a group of people in a nearby community, according to Frans, and it might have been an act of xenophobic violence.

Either that, he says, or Mr Hlabangana is a troublemaker.

Michael, meanwhile, had an op on his broken leg and hit the turnstile with a packet of painkillers and a smile.

He didn’t stay long, but he was friendly and I was sad to see him go.

There are wheelchairs all over the hospital and they are shared between the wards.

I prefer my crutches, which I’ve gotten used to over the last few months, but the drip in my hand hurts when I use them.

So when I found a nice new chair downstairs, I grabbed it.

I’ve got some natural skills on these wheels, but I also have priorities, so I’ll switch back to hopping when they move my drip.

A wheelchair might be quicker, but you can do more tricks on crutches.