No 'analysts' foresaw the EFF’s political masterstroke which wrenched more metros away from the ANC this week. 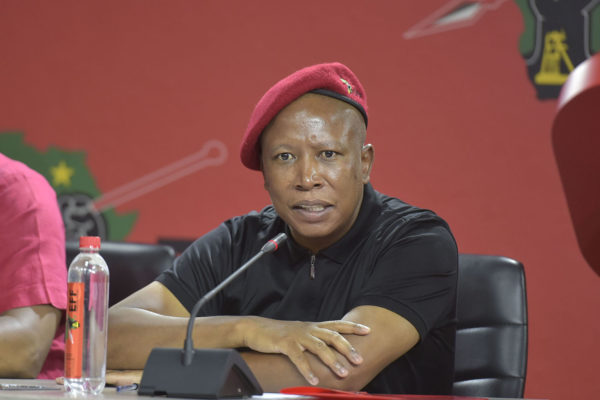 No “analysts” foresaw the EFF’s political masterstroke which wrenched more metros away from the ANC this week.

Many analysts had drunk the Kool-Aid which induced the illusion that there was only one kingmaker, whose 16% of the vote in Johannesburg entitled him to the mayorship.

The real kingmaker on the national stage is EFF leader Julius Malema. By midday on Monday, the pattern emerged: across the country the EFF was voting strategically with one overarching purpose, to remove the ANC.

Long before the votes for Joburg speaker and mayor were cast, we could predict what the EFF would do. The DA Joburg caucus was well briefed.

Our response would be muted because we understood the sombre implications. ActionSA had little option but to fall in line with the EFF. Their candidate would not secure enough votes and they could not support the ANC candidate.

While rejecting what Malema stands for, I admire his political genius in this instance.

ALSO READ: EFF-DA dilemma could be recipe for instability at municipalities – analyst

Weakening the ANC ahead of the 2024 national elections is the primary aim. But to the extent that he will be able to disrupt the DA narrative of good governance, he may also weaken the DA. This is especially true in the fertile field of public perception.

For example, the label “arrogant” is used when we explain negotiating principles, while those who abjure principles in favour of power are lionised. How is it “arrogant” for the second-largest party in Johannesburg to field a mayoral candidate? Why do analysts assume the third-largest party is more deserving?

This will be a difficult situation for the DA to manage. There will have to be much give-andtake, which is not beyond an experienced DA leadership.

There is no doubt who is the senior politician in that relationship.

During Mashaba’s Joburg mayoral tenure, Malema referred to him as “our EFF mayor”, a label which Mashaba did not correct. Last week, Malema said: “Mashaba is a political illiterate”.

There are further examples. The point is that Malema uses a drip-feed of patronising comments to indicate who he thinks is superior.

Mashaba danced to the EFF’s tune when he was mayor. This included senior appointments (city manager) and policy choices for which there was no DA mandate.

He turned a blind eye to alleged corruption by the EFF and IFP because he needed their votes to stay in power. His supposed corruption-busting was selective.

During coalition negotiations, there were attempts to put distance between ActionSA and the EFF.

But after Monday’s vote, Mashaba was back in line with the EFF, telling Daily Maverick: “But if they [the DA[ want to talk to us they must talk to us with the EFF.”

Sucking up to the EFF may buy Mashaba more time but, ultimately, Malema will seek to crush him, too.

For totalitarian populists, there can be only one president.