'There was no note left or eyewitnesses at the scene and therefore we cannot confirm the reason behind the suicide.' 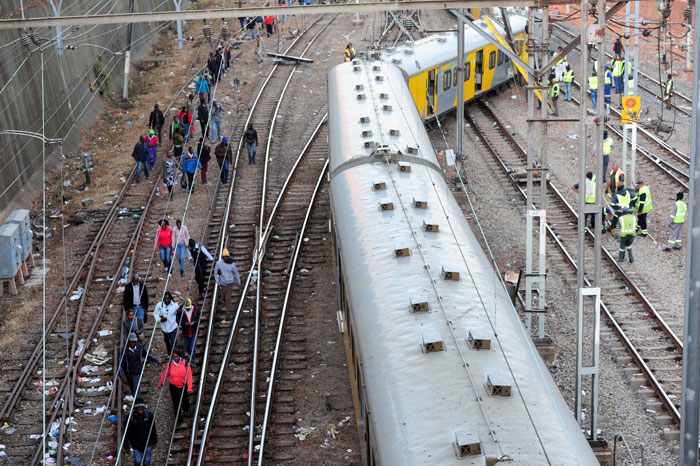 The Passenger Rail Agency of SA (Prasa) and the police still cannot confirm whether an incident, in which a young man threw himself from a moving train, was linked to the 2016 matric results released publicly this week.

Metrorail commuters travelling from Vereeniging were initially angry and frustrated when the train on which they were travelling suddenly came to a standstill just before it reached Residensia station in Sebokeng.

An hour passed, with the train still standing, and it was only when some commuters decided to jump off and walk towards the station that they found out about the incident. Some commuters started talking among themselves, suspecting that the deceased was a matric pupil who failed last year’s final exams.

The train driver was also in a state of shock and unable to continue with his journey. When contacted by The Citizen, Prasa spokesperson Lillian Mofokeng confirmed the incident.

“According to the driver, the man was standing next to the railway line and when he hooted the deceased threw himself in the way of the oncoming train and lay across the railway tracks.

There was no note left at the scene or eyewitnesses and therefore we cannot confirm the reasons behind the suicide”, she said.

Mofokeng described the tragedy as regrettable.

“Metrorail condemns in the strongest possible terms any acts of suicide that community members commit in our operational areas, as it really traumatises the train crew and staff and inconveniences the thousands of commuters using trains. Such incidents also contribute largely to train delays,” she said.

“The deceased appeared to be between the ages of 17 and 20 and he was wearing a pair of blue jeans and a grey tracksuit top. we want to appeal to residents to visit the Evaton police station or the Sebokeng mortuary to identify the body,” Makhale said.