Parking attendant claims constable stood in front of car and fired a shot. 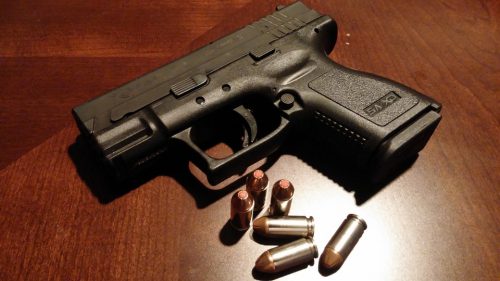 Onlookers and pedestrians stood aghast yesterday close to the Gautrain station in Hatfield after a man who drove past them to work was shot and killed, apparently by a Tshwane metro police (TMPD) officer.

Moments before the shooting, Tsakani Oupa Rikhotso, 38, had dropped off his partner at Sunnypark Shopping Centre in Sunnyside. He then proceeded on his way to work at the department of telecommunications and a parking  guard directed him to a parking bay outside his office.

But Rikhotso had been followed by a Tshwane metro police vehicle, which stopped close to his car. Rikhotso’s uncle, Belani Shimane told The Citizen:

“According to the parking attendant, the metro cop walked up to the car and approached [Rikhotso’s] window.

The cop allegedly then stood right in front of the windscreen and fired a shot, fatally hitting Rikhotso in the chest.

Netcare 911 spokesperson Athlenda Mathe said when paramedics arrived on scene, the man was found slumped in the driver’s seat.

“Netcare 911 paramedics initiated CPR. This went on for some time. Sadly, [the victim] was declared dead on the scene.”

The metro police officer, a 27-year-old constable, was arrested.

TMPD spokesperson Senior Superintendent Isaac Mahamba said the motive and the killing were still being investigated by police and the Independent Police Investigative Directorate.

“The TMPD’s internal affairs unit will also investigate the matter. We cannot yet disclose the officer’s name until he appears in the Pretoria Magistrate’s Court on Monday,” said Mahamba.

Rikhotso, who lived in Sunnyside, Pretoria, and comes from Giyani in Limpopo, was described as a humble person who loved laughing and music. He leaves behind a wife and two children.

Shimane said the family would allow the law to take its course.

“The only thing we want to understand is the reason why he was shot,” he said.