The president of the Greater Alexandra Chamber of Commerce said he detested the nickname, as it carried bad connotations about the township. The president of the Greater Alexandra Chamber of Commerce (Galxcoc), has pleaded with the youth and others to stop calling his beloved Alexandra, Gomorrah, reports the Alex News.

Leading a delegation of journalists on a tour of the R500-million Alex Mall in Tsutsumani Village, Motsumi said he so detested the nickname, Gomorrah, as it had bad connotations that were contrary to his very dream about the township and the vision behind the creation of the mall.

“Why call Alex, Gomorrah?” he asked.

“What on earth is Gomorrah? Can anyone in his serious mind call a place he or she so loves, where he or she was born, Gomorrah? This is a place that has given birth to you and then you turn around and call it Gomorrah.

“Some of us are going out of our way to change the negative perceptions out there about Alexandra but we have our own children and the youth destroying the very values we are trying to implant in Alex and calling the place a hell,” said Motsumi. 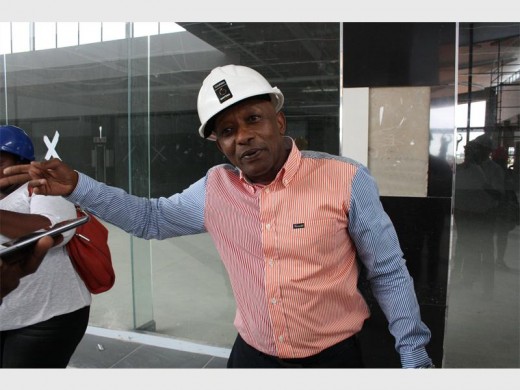 A visibly angry Motsumi was reacting to a journalist who had wanted to know why the township was being nicknamed Gomorrah.

“I so much detest that name, as it goes against the grain of my vision about Alexandra and the very ideals of the establishment of the mall,” said Motsumi.

“I set out to change the negative perceptions about Alexandra, and here are my own children [in the community] destroying the very foundations of my work and calling the township hell.

“By so doing, they are feeding the very bad vibe about Alexandra … that it is a bad place, filthy, full of criminals and infested with rats, and that it is a living hell for its residents. I plead with you; stop calling our beloved Alexandra a living hell. Dark City I will understand, as it used to not have electricity, and that was part of our history,” he said.

Motsumi, a born-and-bred Alexandrian who still lives in the township, pointed out that the vision behind the mall was to change the perception that the township was a living hell.

“I want people to know the true history of Alex, which produced some of the most amazing people in our country, past and present. 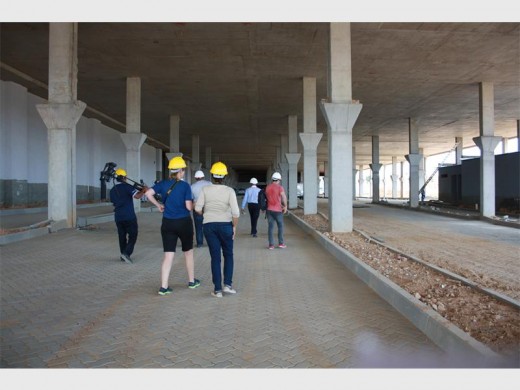 Journalists take a stroll in the taxi rank section of the Alex Mall. Picture: Alex News