The judge said every school should adjust their policies according to a recent ruling by a full bench of the high court. 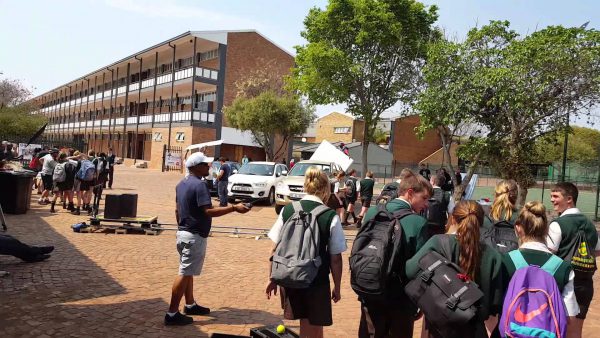 An urgent application by the Hoërskool Montana and Hoërskool Overkruin in Pretoria North to stop the Gauteng education department from forcing them to admit about 80 extra pupils, despite being filled to capacity already, has been struck off the court roll.

The governing bodies of the schools launched the application after the department on January 5 this year instructed the school principals to issue admission letters to about 40 extra Grade 8 pupils at each school and to open additional English classes to accommodate the pupils.

The department threatened to issue the letters themselves unless the principals complied with the instructions.

The schools maintained the department had previously signed off on their admissions lists and that they were already filled to capacity and simply did not have the space, classrooms or teachers to accommodate the extra pupils.

They said the appointment of an additional English teacher would not solve the problem. They maintained the nearby English school, Montana Poort High School, had the capacity to accommodate the extra pupils.

Parents were apparently dissatisfied with the new school because it only had temporary classrooms and no sports facilities and preferred to send their children to Overkruin or Montana.

The department strenuously objected to the application, saying it was only served on them by email last night and they were not given a chance to file answering papers.

This while the schools had already known since the middle of last year that they would have to accommodate extra English pupils.

The department also objected because schoolchildren involved were not cited as respondents in the application, but the schools said they did not even know who the pupils were. Counsel for the department Graham Bester SC said the pupils involved were all of the first to apply for admission at the schools when the new electronic application system kicked off last year, and all met the criteria for admission.

He argued that the schools had “cherry-picked” which pupils they wanted instead of adhering to the department’s policy that those who applied first should be first on the admissions list.

Counsel for the schools Advocate Greta Engelbrecht was still arguing her case when Judge Moses Mavundla ruled that the application ought not to have been brought on such an extremely urgent basis and ought not to be heard in the urgent court.

He struck the application off the urgent roll with costs. The judge earlier remarked that he found it “absurd” that the schools could have 10 classes for Grade 8s and then only create a minority class for English pupils.

He said every school should adjust their policies according to a recent ruling by a full bench of the high court, which dismissed a bid to set aside the University of Pretoria’s new English-only language policy.

His ruling did not exclude the possibility of the schools launching a fresh urgent application, giving the department enough time to file opposing papers.