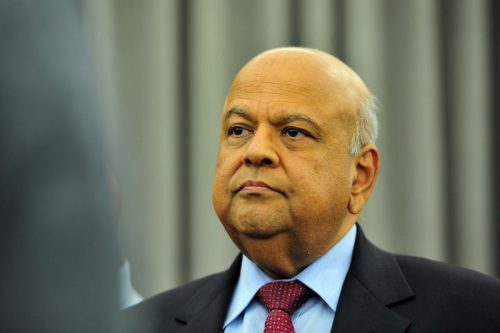 The National Education Health and Allied Workers Union (Nehawu) has entered the fray in the ongoing spat between members of the South African Revenue Service’s (Sars) executive and Finance Minister Pravin Gordhan, calling on the minister to stop his public criticism of them.

This was just weeks before Standard & Poor’s rating announcement for SA in December.

The minister has since called for Sars Commissioner Tom Moyane to reprimand Lebelo for what he described as risking the country’s investment profile by attacking rating agencies in the media. Gordhan slammed Lebelo’s comments in a reply published this week to a letter written to parliament by DA finance shadow minister David Maynier last year.

The Progressive Professionals Forum (PPF), of which Lebelo is a spokesperson, immediately came to his defence this week. “The PPF’s view is that Gordhan, in his pandering antics to the DA and white monopoly capital, is interfering with the operation of Sars by indirectly instructing the management of Sars to take action against Lebelo,” it said.

“Lebelo will not be silenced for speaking in his individual capacity or on behalf of PPF.” The union’s statement yesterday followed a similar narrative, accusing Gordhan of using the media against Moyane’s administration.

“Nehawu has noted with dismay the relentless attack on Commissioner Moyane and his administration by Minister Gordhan. It is more concerning that these attacks seems to be orchestrated between Minister Gordhan, some media houses and opposition parties.”

Nehawu national organiser Sibusiso Valashiya told Saturday Citizen he believed the Lebelo issue was a personal matter and did not warrant a disciplinary process. “What we need to put into context is that as Nehawu we feel the constant attacks on our executive [are] intended to demoralise our members since Sars is not a well-performing institution under [Moyane],” he said.

He challenged the minister to approach Moyane directly if he had grievances about his executives. Sars and Gordhan’s office were not available for comment at the time of going to press.